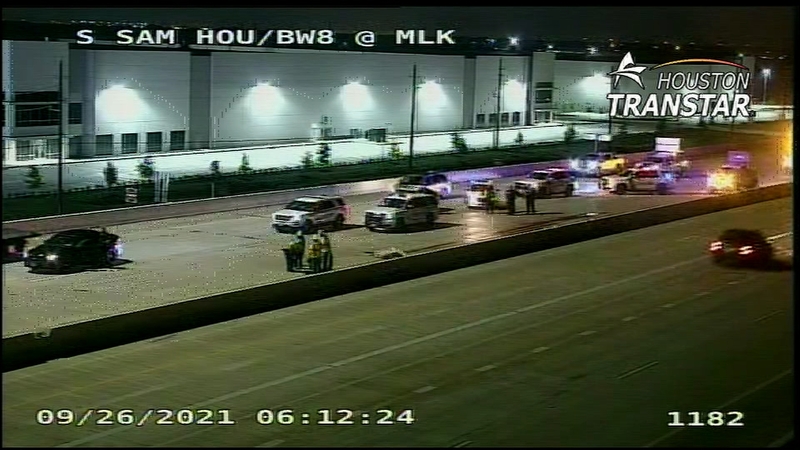 HOUSTON, Texas (KTRK) -- A Harris County sheriff's deputy was hurt early Sunday in a major crash involving a horse on Houston's south side.

It happened some time before 5 a.m. on South Sam Houston Tollway at Martin Luther King Boulevard.

The crash happened in the westbound lanes of the tollway, but it wasn't clear where the horse came from. No other vehicles were involved in the crash.

The deputy involved in the crash suffered minor injuries, according to Harris County Sheriff Ed Gonzalez. The horse was killed in the crash.