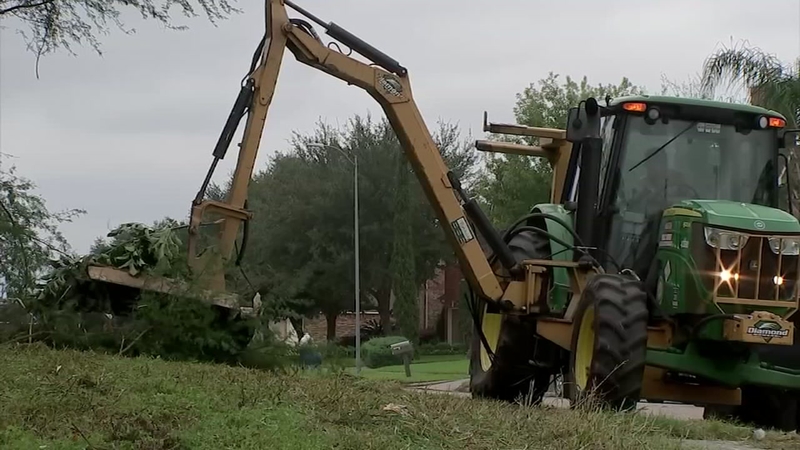 HOUSTON, Texas (KTRK) -- The Turn to Ted tip line lights up several times a week with high weed complaints. Our research shows 311 complaints about weeded lots have tripled in the last month.

Our latest tip led us to a lot in southeast Houston where the weeds had become trees in places and there was no avoiding the trash in some spots. We couldn't easily figure out who owned it. Tax maps showed no owner and city maps didn't either. A little more research and it became clear, a lot near Cullen was once supposed to be a City of Houston street. It had grown way over long ago.

Before we go further, we should let you in on a little secret - this Turn to Ted tip, came from Melanie Lawson while Ted was on the set reporting a similar piece. Melanie quietly asked Ted to look in this lot - which is next door to her father's home. Melanie's dad, Rev. Bill Lawson is an icon in this city. He has helped countless politicians and deserved a little better.

We called Houston Councilman Dwight Boykins who represents the area of the city where the lot is. Boykins thanked us for confirming the city owned it, "Ted, I want to thank you because you did the research. You really did and brought it to my attention."

We called Public Works and Boykins called the Public Works director. Minutes later, a crew was taking down weeds and small trees that had plagued the lot for a while. Today is clean and clear.

Part of the city-wide increase in high weed complaints is likely due to the rain - but city budget cuts also cut back on mowing across Houston.

It is no secret to Councilman Boykins who reminded our Turn to Ted team, "We have so much equipment and you have 643 miles of the city. We try to tackle as man of those lots as possible."

If you have a weeded lot in your neighborhood, the best way to get help is honestly to call 3-1-1 and get your neighbors too as well. Calling your council person really does work too. You can find out who yours is right here: https://www.houstontx.gov/council/whoismycm.html