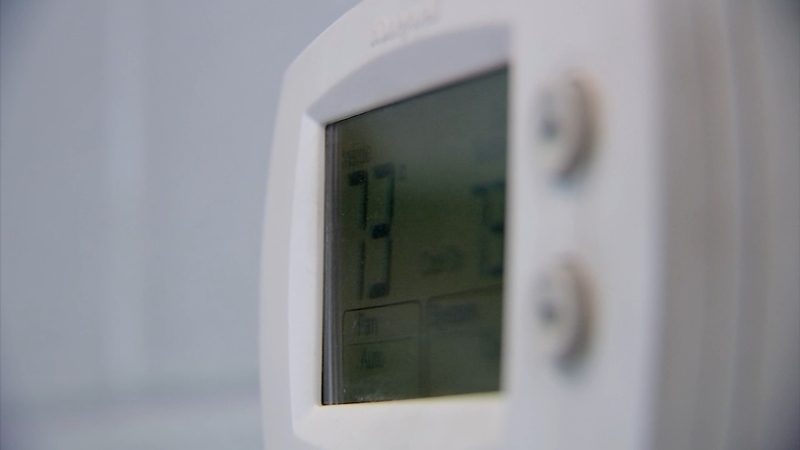 HOUSTON, Texas (KTRK) -- After days of begging Texans to conserve, the lights are still on but ERCOT still can't say if Texans' voluntary conservation efforts are helping. Since Monday, ERCOT, which manages the state's isolated electric grid, has sent out appeals asking Texans to do things like turning up air conditioners to 78 degrees or running washer-dryers and pool pumps at night.

It's not been met with universal willingness. Walking home Wednesday afternoon, Gia Jackson told 13 Investigates she hasn't done it.

"I haven't felt it like this in forever," Jackson said.

The first thing she planned to do when she hit the door was make it colder inside, "72," she said.

"Very few people actually make those changes in reality" and it's not a surprise to experts like Rice University's Dr. Daniel Cohan.

"Usually what we see when we look at the data is that the actual response is that usage goes down about one or 2% when those announcements come out," he said.

University of Texas engineering professor Dr. Michael Webber points out hairdryers and air conditioners are big draws and when multiplied across thousands or millions of Texas homes it can be a measurable difference

"One side of me is like, okay, we should be good citizens and we should do our part as neighbors," Webber told 13 Investigates. "But then there's another side of me that thinks we should be paid to turn off the way the big industrial customers are."

Webber is talking about programs for bigger electric customers. Historically, the bigger power usage drop in moments like this is from bigger customers - industrial and commercial users. When they're asked to turn down power use, those customers who've agreed to do so beforehand are paid big bucks to do it.

There are some programs like Reliant Energy's Degrees of Difference program for residential consumers. It is most popular for customers with thermostats that can be controlled remotely like a NEST. Reliant says tens of thousands of customers are signed up, but it pays just $25 dollars once at sign up and that could be long ago.

Webber signed up for a similar one in Austin and got $50 bucks ... six years ago.

"At some point it'd be nice to be paid again. And not just that one time fee up front, but in a recurrent basis. And the retail utilities don't generally offer that for the customers," Webber said.

Research shows incentives do create more savings as do automated programs. "If you really want to get a bigger change, it needs to be automated. You can't count on people going over to the thermostat," Rice's Cohan told us.

But cutting power usage may not be the biggest problem. Webber and Cohan both point out Texas should have plenty of electricity. More power plants - both gas and renewable - have been built in Texas recently than in any other state. The problem, and the mystery, this week is why so many broke all of a sudden. ERCOT is still trying to figure it out. The one thing we know is that it's just not the customer's fault.

"Why is it all being sent on, on the consumers?" Cohan asked. "Eventually there is going to be fatigue."