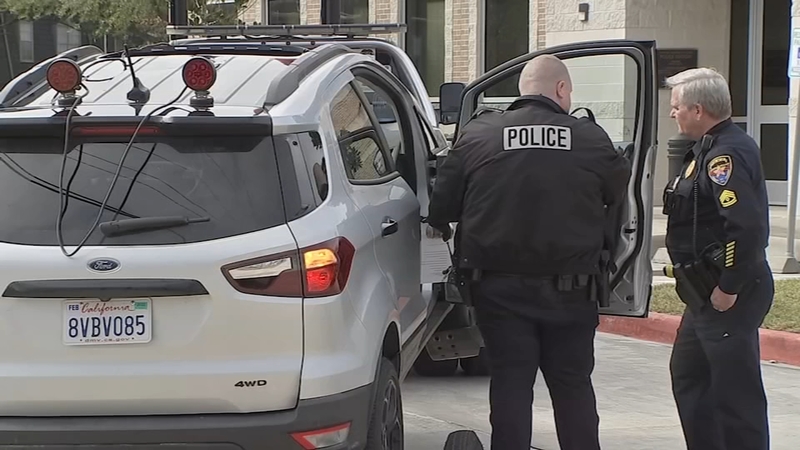 HOUSTON, Texas (KTRK) -- A shooting on the Katy Freeway that police originally said happened when two motorists were exchanging insurance info is now being considered a robbery attempt during the morning traffic rush.

On Thursday, Hedwig Village police gave new information on what they initially believed to be a road rage incident Wednesday morning on the inbound lanes of Interstate 10 near Voss that led to an armed motorist being shot with his own weapon.

Citing witnesses and the victim in the case, police said that armed motorist actually stopped his vehicle in front of the victim, got out of his car while in traffic, and started shouting at the victim, demanding money from him.

Editor's note: The video above is from the original report that aired on Jan. 26, 2022.

Police went on to say that the confrontation led to the armed motorist, whose identity has not yet been released, pulling a stolen gun out of his waistband and firing at least two shots at the victim, who was not hit.

Police did affirm a detail from their original findings that the victim got in a struggle for the gun with the other motorist, leading to another round being fired off and hitting the suspect, who was later sent to the hospital with a head wound. He was last listed in good condition, according to police.

It's not immediately known if the driver accused of the robbery has been arrested, but he is likely to be charged with aggravated robbery with a deadly weapon.