Can bulletproof backpacks save your child's life? We put one to the test 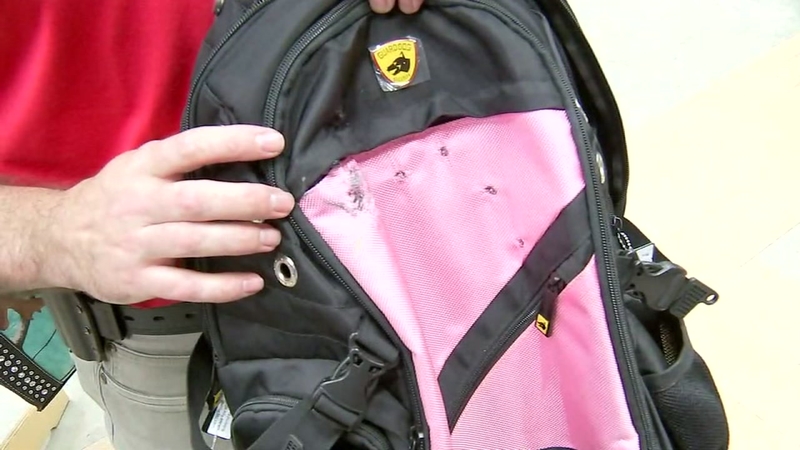 HOUSTON, Texas (KTRK) -- A bulletproof backpack? It is something many parents would have never imagined when they were in school.

With the help of certified instructors, Eyewitness News put one to the test.

Jeffrey Kimball is a former police officer and firearms instructor at Arms Room in League City. He placed a barrel behind the backpack to simulate a body mass and fired from about 10 yards away.

First, we tested the 9mm Glock. Kimball fired at the backpack in the gun range. The backpack stopped it.

"This type of plate is rated for pistols, not necessarily rifles. I expected the rifle to defeat this body armor and it did," he said.

Next, Kimball used an AR-15 rifle, the same weapon used in the Parkland school shooting in Florida. It went right through the backpack, even passing through the barrel.

He says for a student to have something rifle resistant, the body armor would have to be metal plates, like something the military or a SWAT officer would wear. But, he says the plates would be so heavy, an empty backpack would feel like it was weighed down with books.

A closer examination of the plate shows the difference in the damage.

"If you subscribe to the Department of Homeland Security's view of run, hide, fight for an active shooter situation...if a child is running away from the gunfire, like they should be, it would more practical to have it on the back," Kimball said.