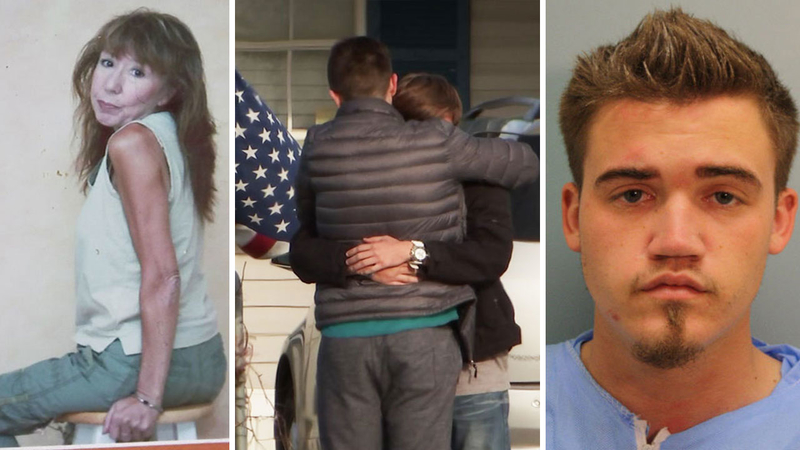 CYPRESS, TX (KTRK) -- The man accused of killing his grandmother in Cypress on Sunday was not in court this morning.

Officials said he is suicidal, and being kept under close watch. Meantime, we're learning new details about what happened yesterday at a home on East Longwood Meadows.

Nathan Billingsley, 21, has been charged in the death of Hazel Billingsley, whose body was found Sunday inside a metal shed in the backyard.

Grandson accused of murdering his grandmother in Cypress, police say.

According to court documents, Billingsley admitted to investigators he accidentally shot his 67-year-old grandmother. He also allegedly claimed she was five or six feet away from him when he shot her.

Investigators said the evidence does not add up, however.

When deputies found her body, she had been shot multiple times and was wrapped in a blue and green blanket. From here, investigators said Nathan placed her body inside the shed on their property.

Investigators said Nathan attempted to clean up the scene of his grandmother's murder.

All of this comes on the heels of threats his family alleges he made against his own mother and grandmother via text message.

Nathan Billingsley is expected to face a judge later this morning

It is still not clear why Nathan would allegedly take his grandmother's life. His family says he has a history of mental illness.

"He's been struggling for a long time with mental problems, and he's been on heavy drugs and in and out of the hospital," son-in-law Sonny Zamir said. "Every time we try to commit him, he checks himself out so I actually blame the law for it, I really do."

Meantime, many people are questioning what his girlfriend's role is in all of this. Deputies said she was found in the woods with him, taken into custody and questioned.

According to court documents, she told investigators she heard gunshots while she was outside the home.

She allegedly told deputies she ran into the mobile home and saw him wrapping his grandmother in the blanket.

At that point, Nathan reportedly threatened to kill her or anyone else who came inside the house.

Harris County Sheriff's deputies are continuing their investigation this morning.