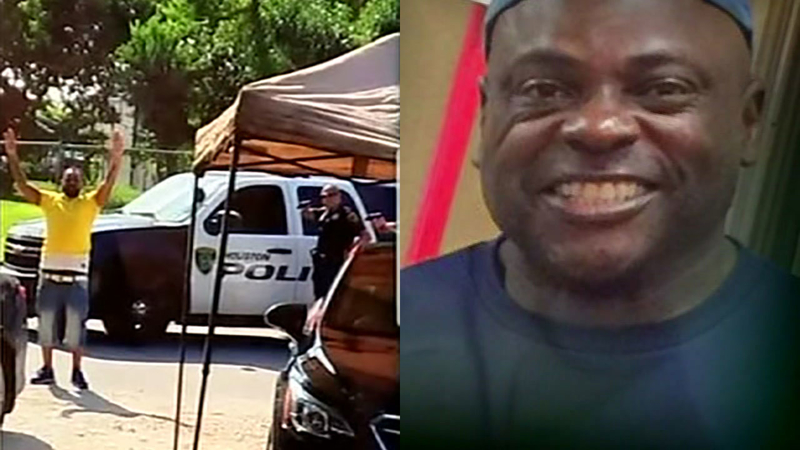 HOUSTON, Texas (KTRK) -- The case of a man arrested outside his family's home in Sunnyside last summer is among the more than two dozen active cases tied to the Houston police officer under fire.

In all, the Harris County District Attorney's Office is reviewing 1,400 of Gerald Goines' drug cases. Twenty-seven are active ones, including two involving Andrew Hebert.

"Something was up," said Cheryl Hebert.

Cheryl watched as her brother was arrested in front of the family home on Panay. Houston police said he led them on a chase, which he disputes. He followed their commands and surrendered. Cheryl then watched as Goines' narcotics unit searched her brother's car.

"They didn't find anything inside his car," she added.

According to court documents, the drug unit had been watching Andrew at a house nearby for hours where they found drugs. He is charged with two counts of possessing 200-400 grams of cocaine.

Goines' credibility is being called into question after Chief Art Acevedo said he lied on the search warrant that led to the deadly drug raid last month.

"The concern, of course, is if it's true, how much smoke is there and how much fire is there in his other cases? Is this just a one-off incident if he, in fact, lied or has been doing this in other cases, and that's a grave concern to us as defense attorneys and our clients," said Neal Davis, the vice president of the Harris County Criminal Lawyers Association.

Andrew Hebert does have multiple prior drug convictions. He declined an interview.

Davis, who is president-elect of the defense bar, said some of the cases under review could be dismissed.