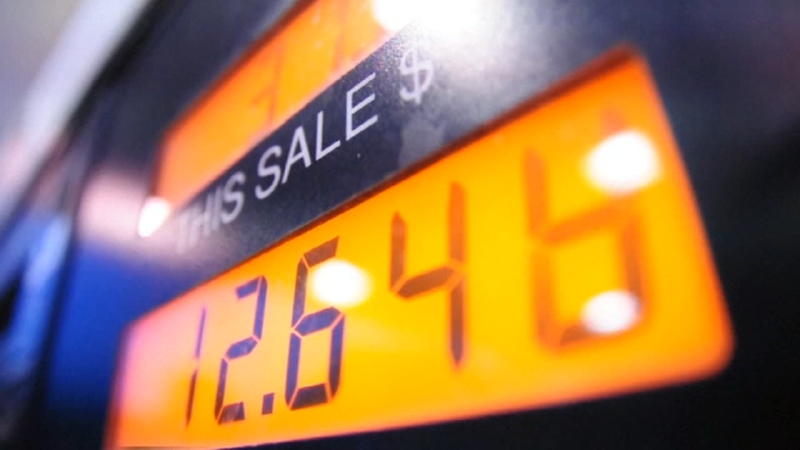 In another blow to the US economy, prices at the pump soared to fresh record highs.

Editor's Note: The video above is from an earlier broadcast and will be updated.

The national average price for regular gasoline climbed more than four cents on Tuesday to $4.37 a gallon, according to AAA. That takes out the prior record of $4.33 set on March 11.
The gas spike - prices are up 17 cents in the past week alone - will only add to inflationary pressures that have raised recession fears, rocked financial markets and soured Americans' views on the economy.

Gas station owners in Burnsville, North Carolina said they wanted to help people out, so they took a loss and dropped their prices to $2.25 a gallon.

The national average dipped to as low as $4.07 a gallon in April after the record-setting release of oil from emergency reserves and as oil prices cooled off. But as industry analysts predicted at the time, that relief proved to be short-lived and minor.

Pump prices are up about 25% since Russia's invasion of Ukraine set off shockwaves in global energy markets.

Real gas prices, adjusted for inflation, would need to climb above $5.30 a gallon to break the records set in 2008, according to the US Energy Information Administration.

Still, the latest spike in gas prices will only make today's inflation problems worse, and for the most part won't be captured in Wednesday's closely watched inflation report.

Well, that's one legal way to avoid paying for gas! Several riders were seen on horses galloping down the roads of Dallas. Houstonians, would you do this?

Some analysts fear even higher prices are coming. Andy Lipow, president of Lipow Oil Associates, told CNN on Sunday he expects retail prices will jump to $4.50 a gallon in the next week to 10 days.

Gas prices move with a lag to oil, and the good news is that oil prices fell sharply Monday, perhaps taking some pressure off pump prices.

Beyond concerns about China's Covid lockdowns, analysts said oil dropped because it got swept up in the gloom-and-doom on Wall Street as stocks dropped. Crude prices were just slightly lower Tuesday morning.