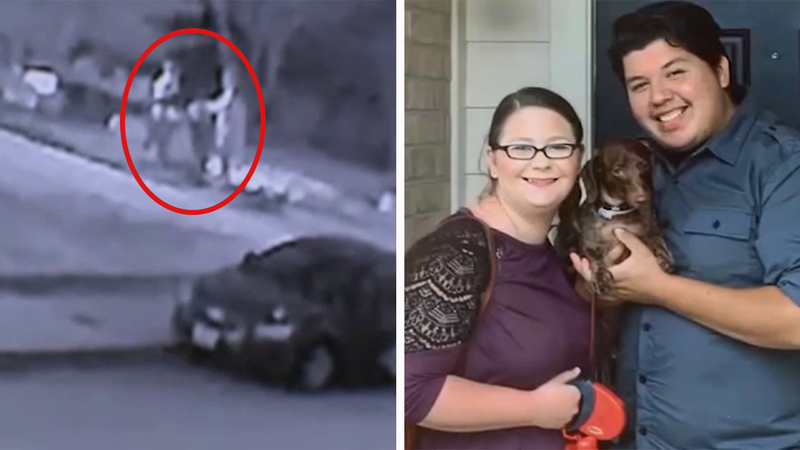 TOMBALL, Texas (KTRK) -- For three years, a family in Tomball has been searching for justice.

On Jan. 25, 2019, Elizabeth "Liz" Barraza was gunned down in her own driveway in the Princeton Place subdivision.

Today, Crime Stoppers and the Harris County Sheriff's Office announced that the reward for information in her case has been increased to $50,000.

It has been an anguishing three years for the Nuelle family. They know the person who killed Liz is still on the streets, and they are determined to bring those responsible to justice.

"Here we are, three years. Doggedly engaged in this fight for justice for a young woman who was taken from all of us," Liz's father, Bob Nuelle, said at a press conference Tuesday.

Detective Wallace Wyatt ensured that Liz's case is not going cold. He said just recently, investigators traveled to Miami to interview a person of interest.

"We want more leads. We follow every lead," Wyatt said.

"Unsolved cases are the unfinished business of law enforcement," Harris County District Attorney Kim Ogg said at the press conference. "The detectives you see who are on this case will never forget Liz, and they won't stop until they complete the case."

The details of the murder are shocking.

Liz was setting up for a garage sale in her driveway three years ago when surveillance video captured a dark-colored, 2013 or newer, Nissan Frontier Pro 4X Crew Cab truck stop in front of her home.

The suspect, who police said was wearing a disguise with boots and maybe a wig, is seen walking up to Liz. Police said she greeted him, appearing to say hello.

That's when four shots rang out.

The suspect drove away, but then allegedly came back to the home in an effort to make sure she was dead, according to investigators.

Officials said it was a calculated act, one without pity.

Now, three years later, Nuelle said he and his wife made the decision, along with support from investigators and the Harris County District Attorney's Office, to increase the reward in hopes to move the investigation forward.

"That is 50,000 reasons for someone to come forward and do the right thing," Nuelle said. "Provide an anonymous tip to Crime Stoppers and get this coward off the streets."

Nuelle said the family has plans to continue spreading the word about Barraza's case and reaching new audiences in 2022, including reaching out to true crime content creators with popular podcasts, YouTube channels and TikTok pages. He said one TikTok about the case has already amassed over 200,000 views.

"I just hope this helps. And I hope someone steps up," Liz's husband, Sergio Barraza said. "We need somebody to do the right thing. We need justice for Liz, and we hope to get that this year."

The family also launched a new information website about the case at www.whokilledlizbarraza.com.

STILL UNSOLVED: It's been two years since a woman setting up for a garage sale in her driveway was gunned down. Now detectives are sharing new video and more on the suspect's vehicle in hopes of finding who killed her in cold blood.

It's been a year since Liz Barraza was killed and her family continues searching for her killer. But one thing could soon expose the suspect. Watch the video to find out.

A reward is being offered for information leading to the arrest of a suspect in the murder of Elizabeth Barraza.