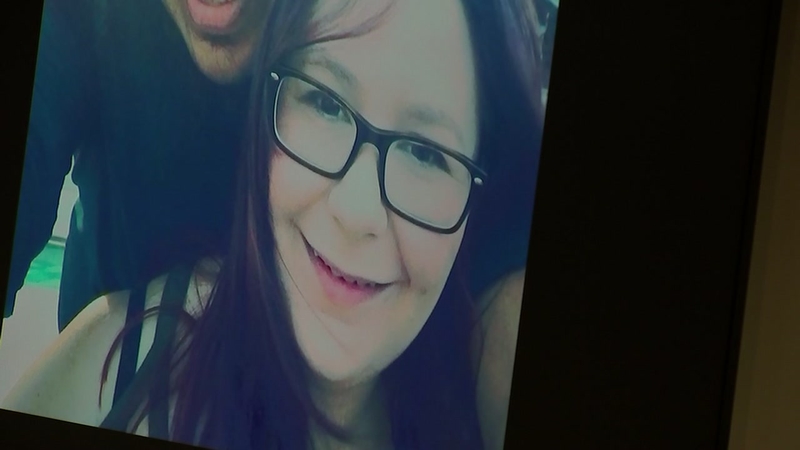 A reward is being offered for information leading to arrest of suspect in murder of Elizabeth Barraza.

TOMBALL, Texas (KTRK) -- The family of a murdered Tomball woman is making a new plea for help to find her killer.

Elizabeth Barraza, 29, was shot multiple times at point-blank range, while standing in the driveway of her home in the 8600 block of Cedar Walk Drive around 7:30 a.m. on Jan. 25.

Surveillance video captures the moment someone walked up to Barraza as she was setting up for a garage sale and shot her four times.

The shooter then turns and runs off to a black truck and drives away.

During a press conference Wednesday morning, authorities said they believe the truck is an older model, four-door, Nissan Frontier. It may have some type of badge or tag number in the rear quarter panel near the tailgate.

No arrests have been made. Investigators still can't say if the shooter is a man or a woman.

The surveillance video also shows Barraza's husband leaving the home around 6:48 a.m. and the shooter's truck pulling up at 6:52 a.m.

Authorities say the Barrazas didn't publicize the garage sale and only put up signs about it that morning.

According to her father, Robert Nuelle, Barraza was trying to sell a few items to make extra spending money for her fifth wedding anniversary trip. She and her husband had planned to leave that Sunday, two days after she was killed.

"A coward forever changed our lives (and) shot an unarmed and defenseless woman," Nuelle said. "The murderer needs to pay for their actions. We believe someone can help guide law enforcement. Please come forward."

People who attended were asked to bring wands and lightsabers.


"I'm glad the last thing I got to do was kiss her goodbye and tell her I love her," Barraza's husband, Sergio, said.

The Barrazas volunteered for a group that works with Make-A-Wish. Make-A-Wish says they're shocked and saddened by the news.

Sergio spoke Wednesday, saying that his wife died in the same hospital where they did so much volunteer work.

"I had to trade our fifth wedding anniversary for her funeral," Sergio said. "We need justice for Liz."

Elizabeth Barraza’s husband Sergio Barraza makes a tearful plea to the public to get his wife’s killer of the streets. “I had to trade our 5th anniversary for our funeral” ...”We need justice for Liz” There is a 20K reward. #Abc13 https://t.co/TNAynm6mjc pic.twitter.com/Cm48jbiak2

A Crime Stoppers reward of up to $20,000 is being offered for information leading to an arrest. If you know anything, you're urged to call Crime Stoppers at 713-222-TIPS.

The motive of the shooting is still under investigation.

We’re asking for the public’s help in identifying the suspect responsible for fatally shooting Elizabeth Barraza. A cash reward of up to $20,000 is now being offered for any information. Please call 713-274-9100 or @CrimeStopHOU at 713-222-TIPS(8477). #HouNews pic.twitter.com/m9mSooi2Qt