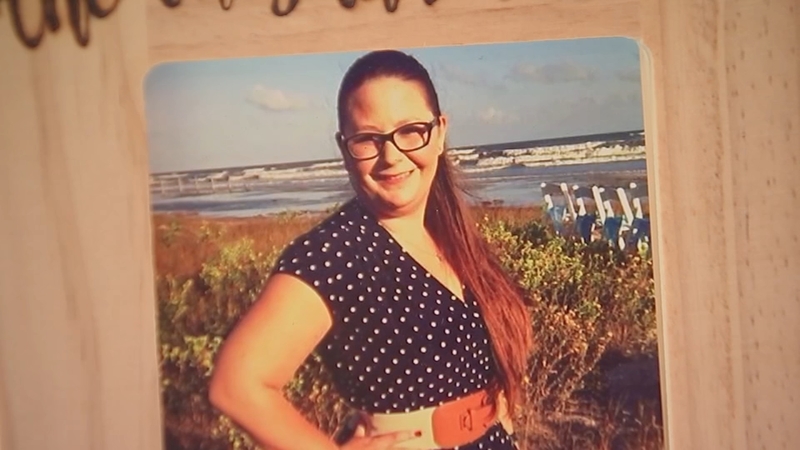 TOMBALL, Texas (KTRK) -- The results of a warrant could soon expose the suspect that killed a Tomball woman as she was setting up for a garage sale.

One year ago, Liz Barraza was preparing to hold a garage sale to raise money for their fifth wedding anniversary trip.

Before the sale ever started in northwest Harris County, she was gunned down in her driveway. A person recorded on surveillance video approached Liz, then fired a gun and left in a dark pickup truck.

RELATED: Surveillance video shows moments before woman shot outside her home in Tomball

On Sunday, her family and friends gathered to remember the woman described as "good, kind and joyful," by her grieving husband.

From the start, detectives didn't believe the shooting was random, and her father agrees.

"The shock and horror of it makes no sense," Liz's dad, Robert Nuelle said. "We know it's not random. So the family waits, and when we learn who did it, we may learn why, but the why will never make sense."

At a park in Tomball, more than 100 people attended an event marking the one year anniversary of Liz's death. A tree with a memorial marker was planted earlier in memory of her. She and her husband were part of a national group called the 501st legion, who join in Star Wars cosplay.

She loved fantasy, attended comicon conventions with Sergio, and was known for her kindness and generosity. She was an organ donor, so parts of her live on in other people.

The question haunting her family is who did it?

On Sunday, Harris County homicide detective Michael Richie hinted at "something coming down the pike" in the case. He said there is now a warrant in the case, stating, "I feel that the results of that warrant will be critical in the investigation and most likely will expose a suspect and who's responsible for this."

Sergio sold the home where he and his late wife lived for several years.

"There's a new family in it, and I want to see it be a place of love, and kids and good memories for them, instead of what happened there."

To the crowd gathered in honor of Liz, he said, "the person who did this didn't take her spirit and her voice away. She had a voice before, but now it's a roar. The spirit she had is still guiding everybody to do good, and there's more good out there than evil."

An endowment in her memory has been set up at the Make-A-Wish Foundation by the late actor, Peter Mayhew, who played the role of Chewbacca in Star Wars. A friend is also raising money to buy Harry Potter books to donate to hospitals for young patients. Each book will have a bookplate telling the reader it's in honor of Liz Barraza.

A $20,000 reward is still being offered for information leading to her killer's arrest. Anyone with information can contact Houston Crime Stoppers at 713-222-TIPS.