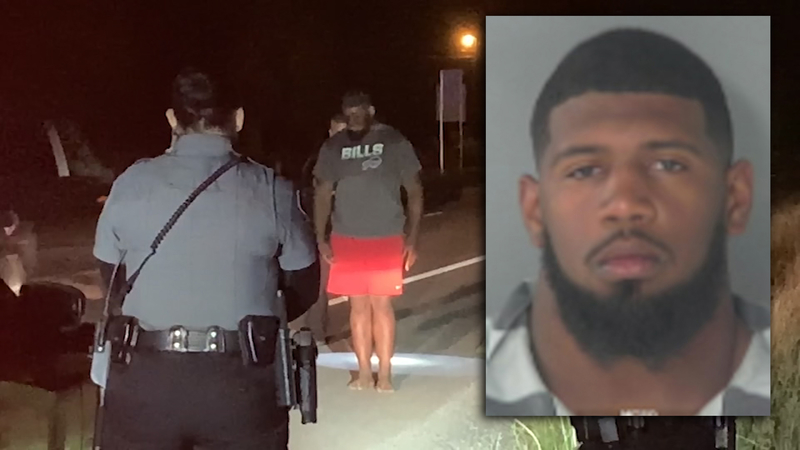 MONTGOMERY COUNTY, Texas (KTRK) -- Charges against former University of Houston standout and current Buffalo Bills defensive tackle Ed Oliver have been dropped after he was arrested in Montgomery County.

The athlete was arrested in May on FM 242 near Patton Village on misdemeanor counts of DWI and unlawfully carrying a weapon after authorities say a pistol was found in his vehicle.

Oliver's attorney, Gary Patterson, told ABC13 on Wednesday his client's blood results came back and showed he had nothing in his system when he was pulled over and underwent a field sobriety test.

Patterson claims the deputies had absolutely no grounds to arrest Oliver.

He adds the gun charge will automatically be dismissed because the DWI charge was dropped and said it's not illegal to have a weapon if Oliver wasn't committing another crime.

READ THE FULL STATEMENT BELOW:

At the time, a witness called 911 to report a white Ford Super Duty pickup pulling a trailer was weaving in and out of lanes between FM 1485 and the Eastex Freeway, according to a statement from the Montgomery County Precinct 4 Constable's office.

The Buffalo Bills player was accused of driving while impaired Saturday night in Montgomery County.

Oliver attended Westfield High School and went on to the University of Houston before he was drafted by the Buffalo Bills in 2019.

Meanwhile, the Buffalo Bills organization expressed its support for Oliver in a tweet saying, "he can now turn his full attention on the upcoming training camp and season."