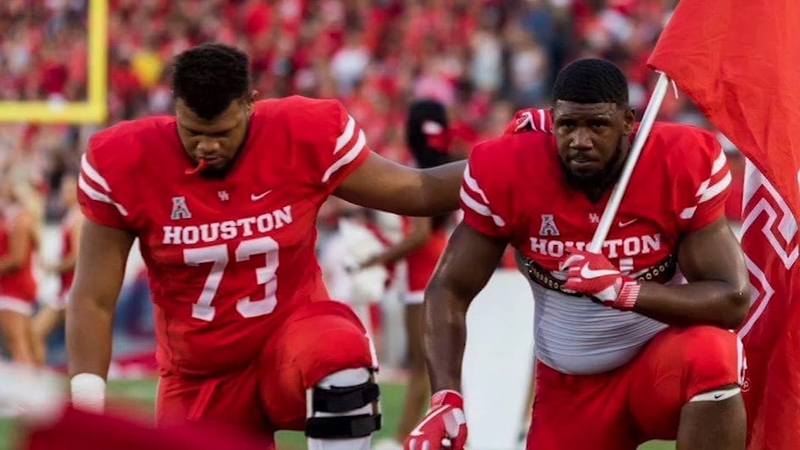 HOUSTON, Texas (KTRK) -- Since the day he was drafted by the Buffalo Bills, Ed Oliver has waited to come back to Houston. He knew it would happen eventually.

Oliver just didn't think it would happen with so much on the line. This Saturday, the Bills will play the Texans in the playoffs.

"I knew eventually I would make my way back to Houston and play in front of my hometown," Oliver said.

Oliver grew up on the north side and played at Westfield High School. Oliver stayed in H-Town for college and attended the University of Houston.

Oliver's homecoming isn't only exciting for him. Marcus Oliver can't wait to see his little brother.

"Coming back to Houston, you can't even script that," explained Marcus. "It's funny how God works sometimes."

Marcus said friends and family are coming from other parts of the country to see Ed play in his first playoff game.

It's bittersweet for Marcus too. This will be the first time the pair isn't playing together on a Houston field.

They both played at U of H.

"At the end of the day, I'm proud of him," Marcus explained.

RELATED: Ed Oliver wears Houston's 'Be Someone' in suit at NFL Draft

Ed Oliver feels a sense of pride, which is why he can't wait to come home and show Houston how far he's come since he was drafted.