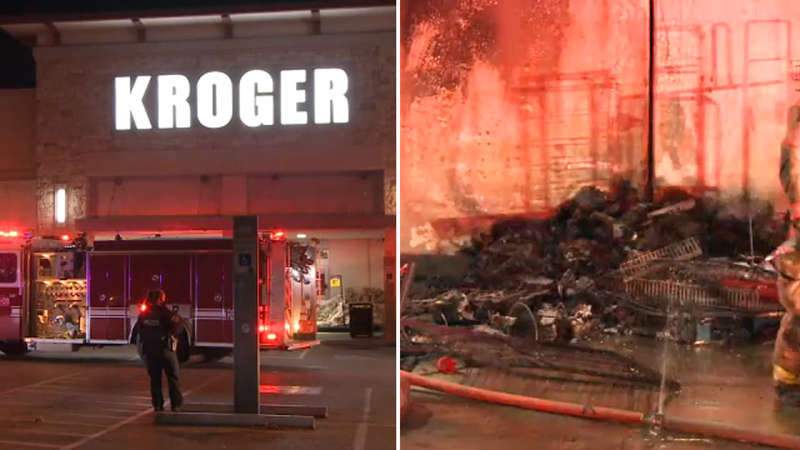 HOUSTON, Texas (KTRK) -- Houston Fire Department responded to reports of a fire at the Kroger Store in the 3300 block of Montrose, otherwise known as "Disco Kroger," Monday morning.

Upon arrival, officials found a fire outside the store in the back.

Firefighters say a pile of trash, shelving and other items were on fire. Smoke from the flames made it into the store.

Officials were able to quickly control the fire.

The "Disco Kroger" location has been a hot topic after the company announced last week it will be shut down in mid-January.

It earned its nickname years ago, but the supermarket chain said the location had been losing money for some time. If there's any good news out of this, employees of the 'Disco Kro

The location had been losing money for some time, according to a statement from the company.

"We never want to close any of our stores," Kroger officials said in a statement. "However, to keep prices low for our customers across the city we cannot continue to operate a store that has lost money for a sustained period of time."

But more than just being a grocery store, the location also was affectionately known by some as "Disco Kroger."

Why the name? According to Houston Press writer Jeff Balke, the nickname stems from "the diverse and often bizarre late-night crowds you can find there most nights of the week, but especially on the weekend."

The Kroger location on Montrose has been open for more than 42 years, according to the company.