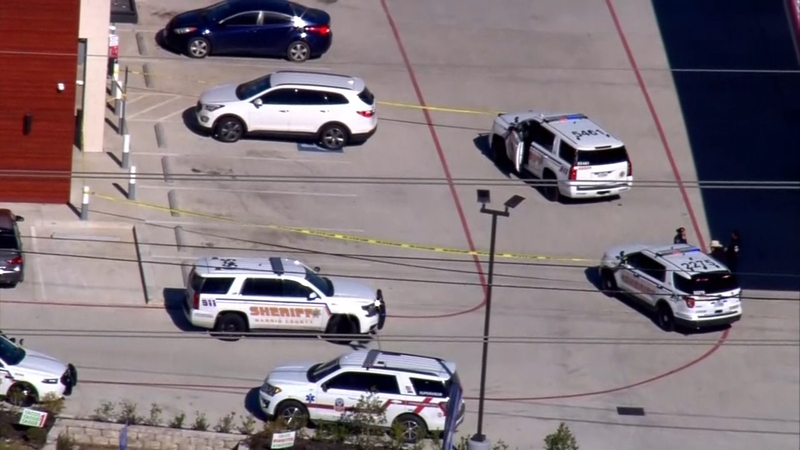 Deputies with the Harris County Sheriff's Office were called to a gas station in the 5700 block of Root Road Thursday afternoon. When they got there, they found an injured driver in a white SUV, suffering from what appeared to be a gunshot wound.

The man was airlifted to a hospital, where he died from his injuries.

Harris County Sheriff Ed Gonzalez tweeted that it was likely the man shot somewhere else, drove away and came to a stop on Root Road.

Update to Root Rd scene: the male has been pronounced deceased at the hospital. It’s likely the male was shot elsewhere, drove and came to a stop on Root Rd. He was in a white SUV when found. The motive remains unknown. If you have any info call 713-221-6000 or @CrimeStopHOU https://t.co/GwvEsY3di5

The circumstances and motive surrounding the shooting are unknown. The investigation is ongoing.

Anyone with any information is asked to call 713-221-6000 or 713-222-TIPS.
Report a correction or typo
Related topics:
springshootingman killed
MAN KILLED
Wanted suspect shot and killed by Pasadena police during foot chase
Woman claimed self-defense in deadly Clear Lake marina shooting
HPD officers fatally shoot man after chase and crash in NE Houston
Man shot to death during argument in hotel parking lot, HPD says
TOP STORIES
Judge: COVID asylum restrictions must continue on border
IRS conducting criminal investigation in Uptown Houston
Woman stabbed to death allegedly by husband was a Katy ISD employee
Northbound I-45 blocked before FM-518 in League City
Here's how many inches of rain you could get over the next 7 days
Investigations resume for parents of trans children, lawyers confirm
Houston gets highlighted as stop in the GMA 'Rise and Shine' tour
Show More
Wanted suspect shot and killed by Pasadena police during foot chase
Police arrest man charged in robbery and kidnapping caught on video
United cancels couple's flight, charges $4K more for same seats
Trump pays $110K fine, but must submit paperwork to end contempt
From Disney+ to Hulu and ABC13, here's what to binge
More TOP STORIES News