The driver is now facing a DWI charge along with other charges, but one official says he could've easily been facing murder as well.

Video from an overnight crash on Wednesday shows a truck colliding with a deputy who was on the side of the Sam Houston Parkway.

Deputy C. Sujo, who works for the Harris County Precinct 2 Constable's Office, is dealing with some whiplash and soreness, but he is expected to be OK.

Corporal Michael Calvillo said he should be released from the hospital Wednesday night. The driver who hit him, who was identified as Oscar Villegas, is facing charges.

At first, it appeared to be a normal stop. Then, at around 1:30 a.m. in the 8500 block of the South Sam Houston Parkway, you can see a truck slam into Sujo. After that, you can hear a scream as he moved away from the side of the road toward safety.

"The area where the traffic stop occurred, the initial traffic stop that the deputy was on, it was kind of a blind-spot area over one of the on-ramps," said Calvillo.

The man driving the gold truck didn't stop at first, but another deputy nearby pulled him over about a quarter of a mile down the road.

"It wasn't until the deputy stopped him and told him what they did that they realized it," said Calvillo.

Investigators believe Villegas was driving while intoxicated. He was booked into the Harris County Jail and is facing a DWI charge along with failure to stop and render aid charges.

He was released on bond on Wednesday.

Calvillo said he easily could have been facing murder as well.

"Police officers risk their lives every day, and their safety is particularly vulnerable when we're working on the side of the road," he said. "So, the slightest mistake by passing drivers can cause a tragedy. Luckily, this wasn't a tragedy."

Drivers in Texas are required to change lanes, or go 20 mph below the posted speed limit, to safely pass an emergency vehicle on the side of the road. 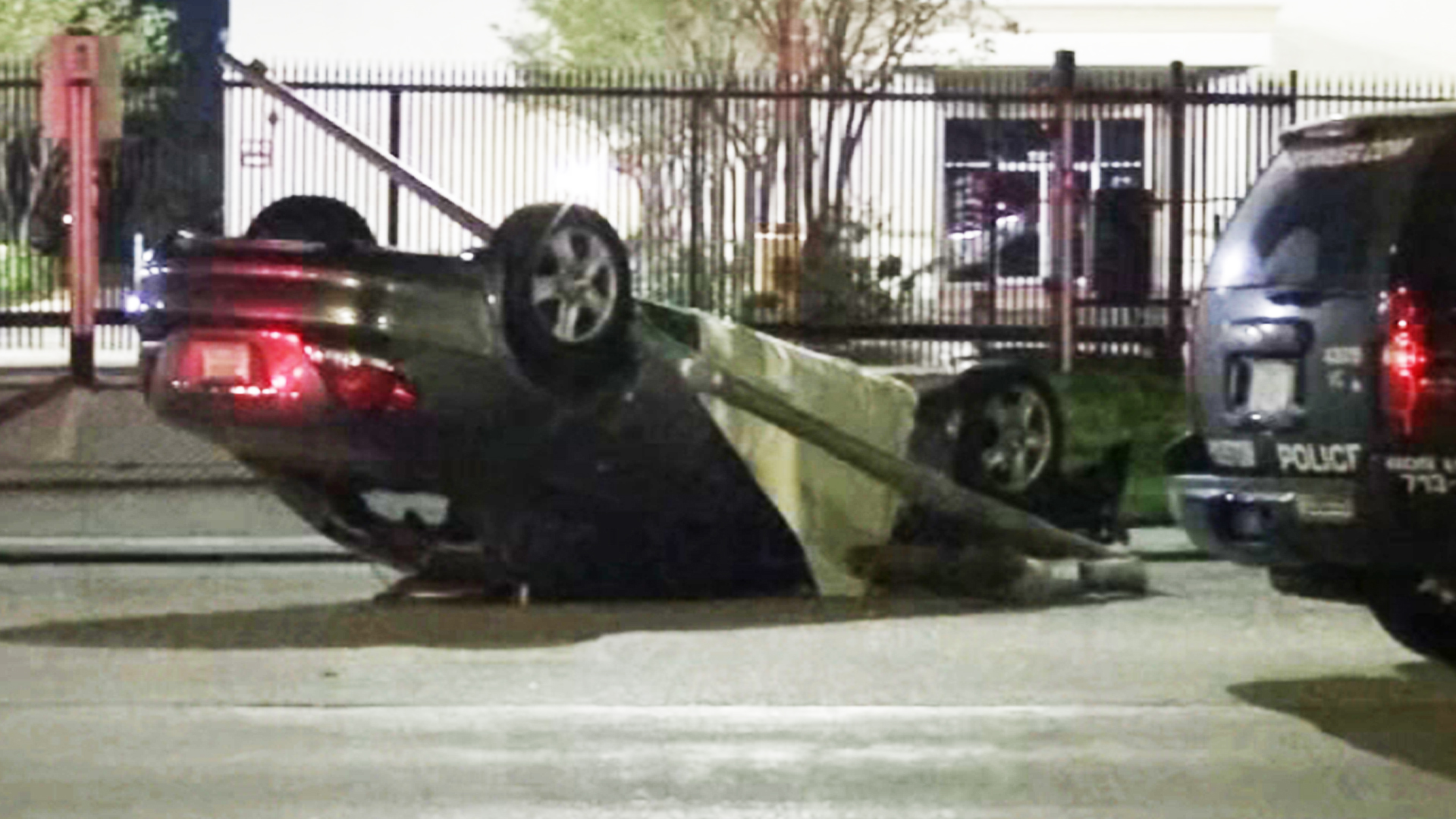