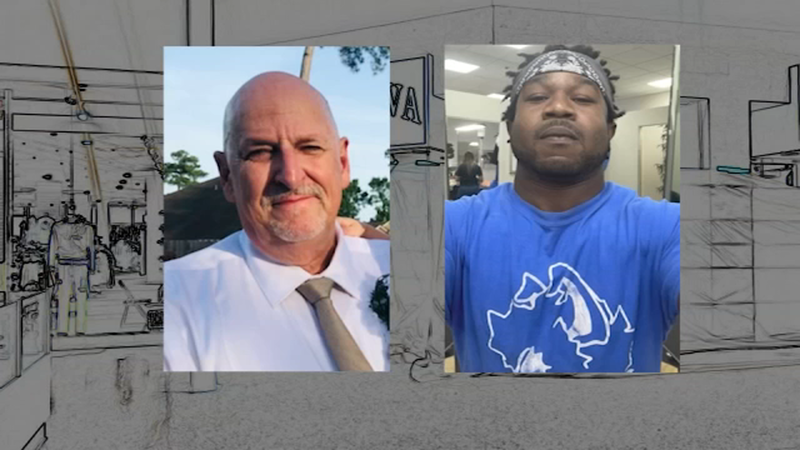 HOUSTON, Texas (KTRK) -- The brother of the man who police said shot and killed a deputy constable with his own service weapon at PlazAmericas mall in the Sharpstown area this week sends his condolences to the fallen deputy's wife and family.

Wendell Harrison agreed to an audio-only interview and spoke with ABC13 via Zoom Friday. His brother, 35-year-old Czyz Harrison has been identified by law enforcement sources as the suspect who shot and killed San Jacinto County Precinct 1 Deputy Constable Neil Adams. Adams was working an extra job as a security officer at the mall on Tuesday when he was killed.

"Do you have any explanation for what happened?" asked ABC13's Jessica Willey.

"I don't know what happened," replied Wendell. "This was out of his character."

Czyz spent Tuesday afternoon posting selfies on Instagram inside the Casanova Collezioni store. It was his 35th birthday and he was shopping. Wendell, his older brother, said he had called Czyz earlier in the day to wish him a happy birthday from Japan.

"I called him. I was at work. I was in a meeting so I couldn't FaceTime him and the last words were, 'I love you. I hope to see you soon,'" he said.

Law enforcement sources told ABC13 that when Czyz went to buy one of the items he tried on, his credit card was declined. Then there was an argument and the store called mall security.

That's when Adams arrived and Czyz, who ran a boxing gym in southwest Houston, sucker punched Adams and took the deputy to the ground, sources said.

"What happened that could have made it escalate so much and so quickly?" asked Willey.

"I'm trying to tell you, ma'am, that is not him and I don't know what happened. I have to see the video, but I know my brother's character," said Wendell.

Two responding Houston police officers fatally shot Czyz, as caught on cell phone video. Finner said Czyz lunged at them with a knife, causing officers to have used a Taser.

It was supposed to be the deputy's last day working the extra job at the mall, according to his wife. She said Adams had told her it was too dangerous.

Adams, a 10-year law enforcement officer, will be laid to rest next Thursday.

The viewing and funeral will be held at Coldspring Community Shelter at 225 Live Oak in Coldspring, Texas.