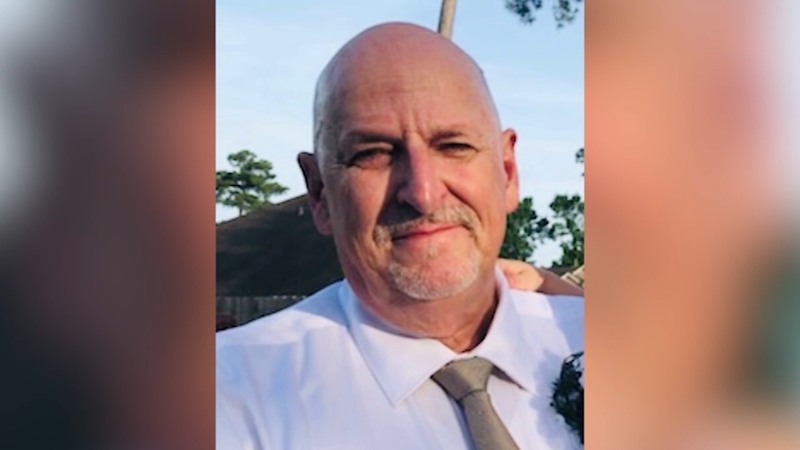 HOUSTON, Texas (KTRK) -- San Jacinto Precinct 1 Deputy Constable Neil Adams was just a few hours from finishing his last shift at PlazAmericas on Wednesday when he was shot and killed.

The 62-year-old law officer had been working mall security as an extra job. San Jacinto County Sheriff Greg Capers told ABC13 Adams told his wife it was too dangerous. Wednesday was supposed to be his last day.

A few minutes before 4 p.m., he was called to the Casanova Collezioni store for a disturbance involving a man identified by sources as 35-year-old Czyz Harrison. During the disturbance, Harrison managed to get ahold of Adams' gun and shot and killed him, said Houston Police Chief Troy Finner.

Minutes before the shooting, Harrison posted selfies on his social media. The final postings on his Instagram page show him trying on multiple outfits inside the store on his 35th birthday.

Minutes before a shooting that killed a San Jacinto Pct. 1 Constable Deputy, his accused killer posted these selfies on his social media.

According to sources, something went wrong when he tried to make a purchase and store staff called mall security. A short time later, Adams was shot and more gunfire followed.

"We heard five shots right there too and that's when we started just running to the back of the store," said one worker who shared cell phone video of gunshots. "There were kids here too, with families."
The worker who witnessed the gunfire said Adams was a constant presence at the PlazAmericas mall, working as a security officer. Sheriff Capers was not sure how long he had worked the extra job. Precinct 1 Constable Roy Rogers, for whom Adams worked, said he had to work extra jobs to supplement his less than $40,000 a year salary.

"It's a shame you can't make a living doing what you love doing," said Rogers.

Finner said Harrison, who identified himself as an MMA fighter and runs a nearby boxing gym, lunged at HPD officers, who responded to the scene, with a knife. The officers fired and Harrison died at the hospital.

Family members of Harrison contacted by ABC13 were not aware of the shooting at all. They said they last spoke to him several days ago, and were worried he may have suffered from some mental health problems, though he continued to post on social media.