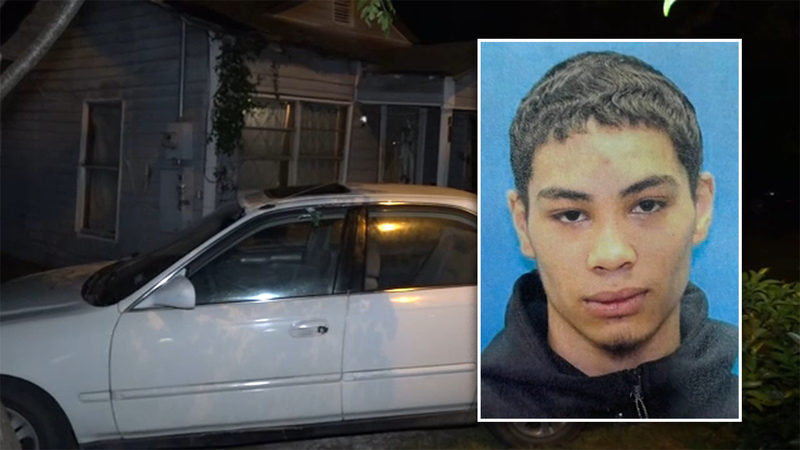 CONROE, Texas (KTRK) -- A 19-year-old died after he was shot by a Conroe police officer Monday night, according to police. Investigators say he was firing a gun into a home.

Larry Marquail Mixon Ill of Stafford was identified as the suspect who died.

The suspect shot and killed by Conroe Police is now identified by CPD as 19 year old Larry Marquail Mixon III. CPD says he had NO a connection to the homeowner where Mixon allegedly fired shots. #abc13 pic.twitter.com/LI1UDTHwur

According to police, Mixon arrived at a home at 500 E. Philips St. and engaged in an incoherent verbal altercation with the residents.

The residents told police they did not know who Mixon was. Investigators said it was unclear why Mixon targeted the Conroe home.

During the altercation, police say Mixon pointed a handgun at the residents. Then, he left the location.

That's when Conroe police received a 911 call at about 7:30 p.m. about a weapons disturbance at the home.

By the time officers arrived, Mixon had reportedly returned.

The first officer at the scene reportedly saw Mixon standing next to his vehicle, firing shots into the residence.

That's when the officer shot at Mixon. Investigators said the officer fired his weapon to protect the occupants believed to be in the home.

Police said the officer fired three shots, one of which struck Mixon.

Mixon was taken to the hospital in critical condition, where he was later pronounced dead.

An autopsy will help determine if any other factors were involved in the incident.

No one inside the home was injured, police said. The homeowner had to board up the front door due to the bullet holes.

Conroe PD said the officer is a six-year veteran of the department.

Both Conroe police and the Montgomery County District Attorney's Office are investigating.