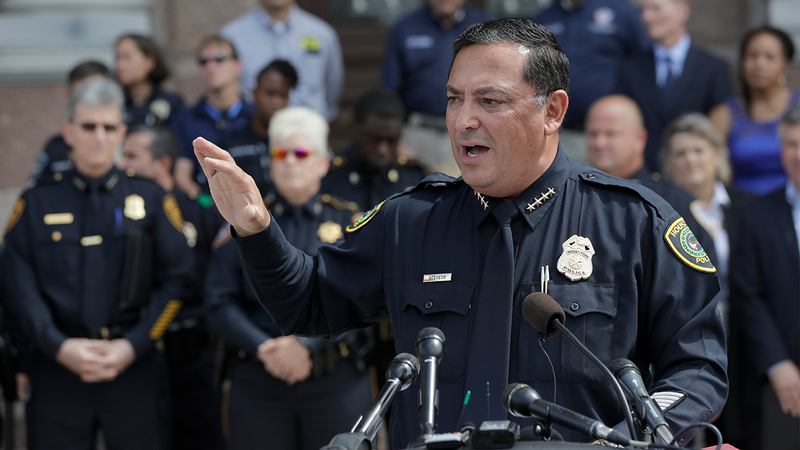 MIAMI, Florida -- The embattled former police chief of Miami is suing his former employer and city commissioners, saying his public firing three months ago was in retaliation for him speaking out against corruption.

Art Acevedo had a six-month tenure and was suspended and then fired after three raucous meetings, in which he says he was "purposefully humiliated" and fired for reporting abuses of power by elected officials.

The complaint was filed Wednesday in federal court against the city of Miami, its city manager Art Noriega and three city commissioners.

The lawsuit says a memo sent to the mayor and city manager accusing several commissioners of hampering his reform and meddling in the police department should have been protected by the First Amendment, but instead cost him his job. It says his firing was in violation of Florida Whistle-blower's Act, which protects employees against retaliatory actions for reporting abuses of power.

The complaint says that Acevedo was concerned two commissioners were trying to send police for code enforcement to specific bars and restaurants owned by a man who had supported a political opponent.

He attempted "to push back on attempts by certain City of Miami Commissioners to use the men, women, and resources of the MPD to carry out their personal agendas and use the (Miami Police Department) as their puppet," the complaint states.

It includes details about the first public meeting to discuss Acevedo's tenure, when commissioners played videos of him impersonating Elvis Presley in a white jumpsuit dancing the "Jailhouse Rock" at a fundraiser previous to his Miami post. They "attempted to humiliate him," the complaint states.

The city of Miami did not immediately respond to requests for comment.

Acevedo was recruited by Miami Mayor Francis Suarez. At the time, he was touted as a progressive law enforcer who had headed the police department in Houston and shared ancestry with hundreds of thousands Cubans in Miami as a Havana-born refugee.