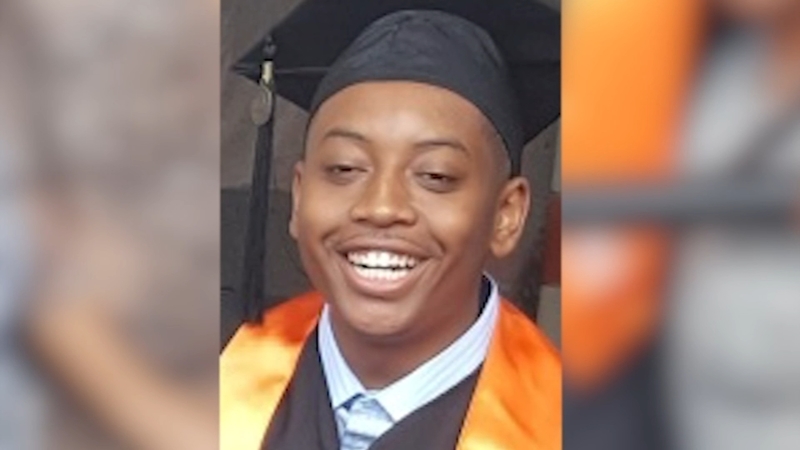 HOUSTON, Texas (KTRK) -- The mother of 27-year-old Charion Lockett, who was killed by Houston police in early February, announced Thursday that the family has filed a federal civil rights lawsuit against the City of Houston and the four officers who shot him.

In the lawsuit, attorneys for Lockett's mother, Shanetta Lewis, accuse police of never announcing themselves before they started shooting. They claim that it is made obvious in the bodycam video police released last month.

Lewis also claims that HPD has refused to release records.

SEE ALSO: 'I want justice for my son': Grieving mother accuses HPD of false charges before son was killed

Lockett was killed in the front door of his family home on the morning of Feb. 7. Officers said when they tried to arrest him on an aggravated robbery warrant, he opened fire on them.

Lockett's family has dismissed those claims. They said officers never identified themselves, showed up in unmarked vehicles, and never gave Lockett the ability to turn himself in to law enforcement. Lockett has no prior criminal record, and received his bachelor's and master's degrees in criminal justice.

According to Lewis, he was practicing to take the LSAT.

Lockett's family has also questioned the basis for which the warrant was obtained.

The Houston Police Department released footage from body-worn cameras in February, absent the ability of reporters to ask any questions. In the video posted online, assistant chief Belinda Null said officers rendered medical aid within four minutes of the gunfire. When asked for further comment, HPD said they wouldn't comment on an ongoing investigation.

HPD Chief Troy Finner is among those who are being sued.