'I want justice for my son': Grieving mother accuses HPD of false charges before son was killed 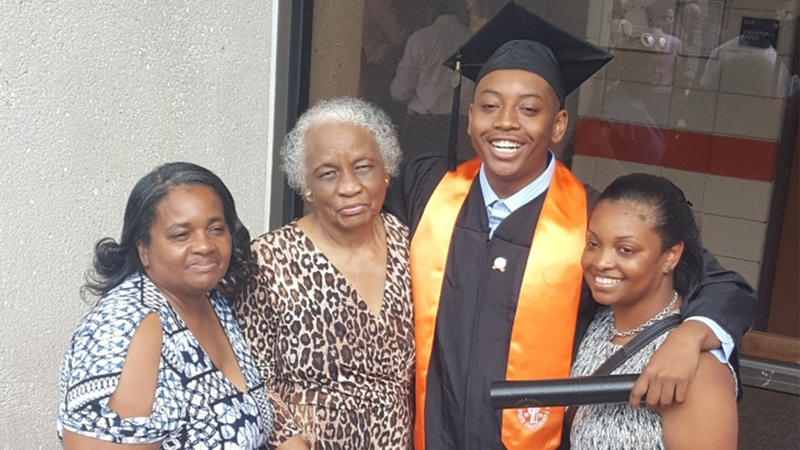 Family of man shot and killed by HPD questions investigation

HOUSTON, Texas (KTRK) -- Looking at her mantel decorated with diplomas and pictures of her son, Shanetta Lewis let out a cry that could barely encompass her grief.

"Who is the police working with? Who are they protecting?" she asked.

Lewis's only child, Charion Lockett, was shot and killed by Houston police in her front yard on Monday, Feb. 7.

At the time of the shooting, a member of Houston Police's North Belt Crime Suppression team was serving an arrest warrant for aggravated robbery. Lewis said she had no idea police were even investigating her son, who has no prior criminal history, for the alleged crime until half an hour before the shooting.

"An officer called around 9:30 a.m.," recalled, Lewis, who said the officer on the other line said there was a warrant for her son's arrest. "'No, not my son,'" she replied, and stated that the family would contact a lawyer, and her son would turn himself in to fight what the family believes are false charges.

"My son went out around his day, do his routine. Not even 30 minutes after they got off the phone with us, they ambushed him in unmarked cars," she recalled.

Lewis and neighbors said they saw four unmarked cars pull up to the family's driveway, and did not see marked units until after the shooting.

"They did not come in an HPD car and say, 'We serve you a warrant,' they pulled up in four unmarked cars and just started shooting at him," Lewis said.

On Monday, her son was shot & killed when @HoustonPolice served a search warrant. Now, his mother is questioning the whole incident. Watch her heartbreaking interview on #abc13.
Original story: https://t.co/4MA7Ghh5Oo pic.twitter.com/j1Wpwt6f4f

"They do a lot of proactive work. They're instrumental in locating violent criminals in our city who are under warrant," said Finner.

The Lewis family, however, said the entire basis for the warrant, the aggravated robbery, is questionable. The family points out that Lockett has bachelor's and master's degrees in criminal justice, was practicing to take the LSAT and was never in trouble with the law. On the contrary, court records show the high school classmate who accused Lockett of robbery had an extensive criminal record.

The family has hired a lawyer and wants to see all the body-worn camera videos as soon as possible.

The Harris County Medical Examiners' Office said Lockett's death was caused by "multiple penetrating gunshot wounds of the torso with perforations of the lung, subclavian vein and spinal cord."

"I want justice for my son. I want him back, but I can't get him back. I want to know why they didn't do the proper procedures," Lewis said.

Recent HPD policy changes should mean that some of the body-worn camera footage will be released within 30 days.