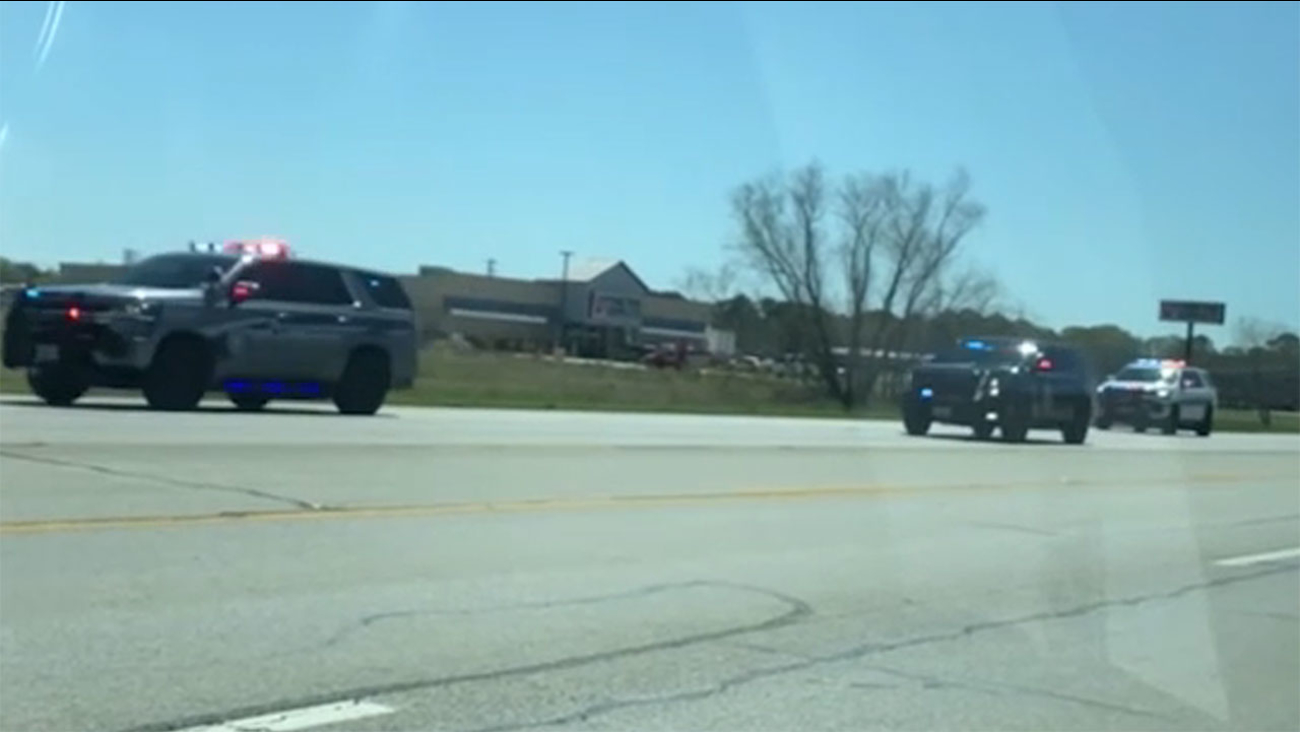 ANGLETON, Texas (KTRK) -- A dispute between family members in Brazoria County led to a shooting and a high-speed chase that prompted lockdowns at two local schools.

Investigators said 28-year-old Jamison Cooper was driving as his mother rode in the passenger seat. Though she isn't facing charges, Cooper has since been taken into custody.

Cooper has been charged with making terroristic threats in the past. A woman, who asked ABC13 not to identify her, said in late 2021, Cooper started shooting down her street in his truck. On Wednesday, authorities blew out the tires of his F-150 and ended a situation they said also began with guns and threats.

Several law enforcement agencies chased down Cooper and his mother Wednesday. Investigators said Cooper was the driver and led them on a 15-minute pursuit through Richwood and Angleton.

The beginning of the video from an ABC13 viewer showed a white F-150 on flats attempting to evade authorities. People living in the area, who did not want to appear on camera, said it was the same truck they spotted in their neighborhood on Monday and Tuesday.

Cooper is accused of shooting at a house on that street two nights in a row, before threatening a relative who works at Angleton Junior High School. The family isn't commenting at the moment, but Angleton Independent School District confirmed the middle school and Frontier Elementary School were briefly locked down on Wednesday out of an abundance of caution.

The school day went back to normal after the chase ended just south of Highway 288 and 288 Business. Investigators said Cooper had weapons inside his truck tied to the shootings on Monday and Tuesday.

Cooper is in jail facing charges related to the weapons and the chase.