'He was a good boy': 14-year-old boy dies days after being shot in west Houston, police say 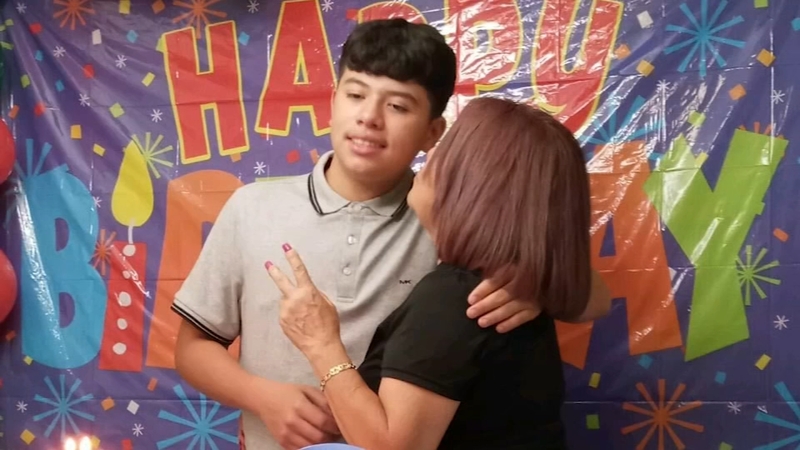 HOUSTON, Texas (KTRK) -- A 14-year-old boy has died one day after a shooting in west Houston, according to the Houston Police Department.

On Friday at about 8 p.m., Houston Police Department officers responded to a shooting in the 2500 block of Tanglewilde Street.

Lamar High School student Axel Turcios, who also goes by Josue, was in the parking lot of an apartment complex when two Hispanic men approached him, police said.

HPD detectives said one or both suspects fired shots and struck Josue.

HPD believes the suspects then stole shoes from Josue.

The suspects drove off in a dark Chrysler PT Cruiser and traveled northbound on Tanglewilde Street, police said.

Paramedics took Turcios to a hospital in critical condition. Doctors pronounced him dead on Saturday, according to authorities.

Josue's grandmother remembered him as a well-mannered kid beloved by his close circle of friends.

His uncle tells ABC13 that he was smart and had his eye on the future.

"He wanted to be an entrepreneur. He was saving up to make his own business. I think he wanted to have an electrician company going. He was investing in stocks already. He was a good boy," said the uncle who asked us to call him Josue.

A GoFundMe has been created by a teacher at his former elementary school Saint George Place, on behalf of the family.