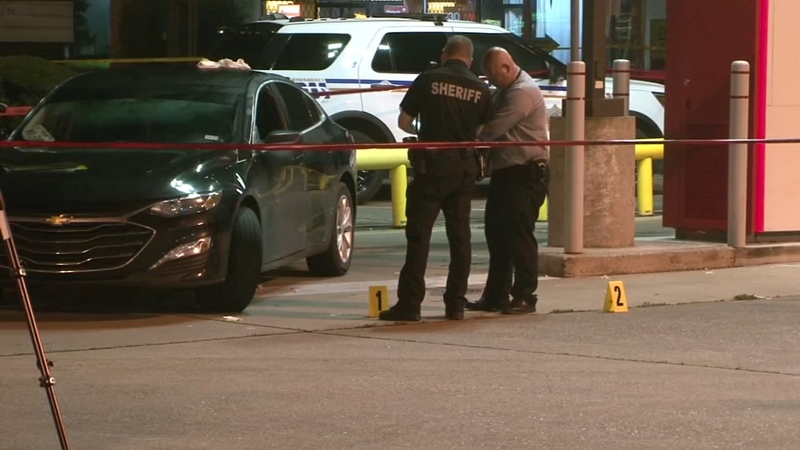 It happened around 11 p.m. on Veterans Memorial near Antoine.

The victim's husband was depositing money at an ATM when a vehicle pulled up and blocked their way, according to the Harris County Sheriff's Office. A man got out of the car, pointed at gun at the couple and told the man to pull money from the machine.

As the husband was complying, the woman tried to get someone's attention by honking the car horn, investigators said. That's when the gunman shot the woman multiple times.

She was rushed to a hospital in critical condition. Her husband was not injured.

The suspect was described as a 30-year-old Hispanic man with slicked back hair and a goatee. He got away in a white Nissan car.