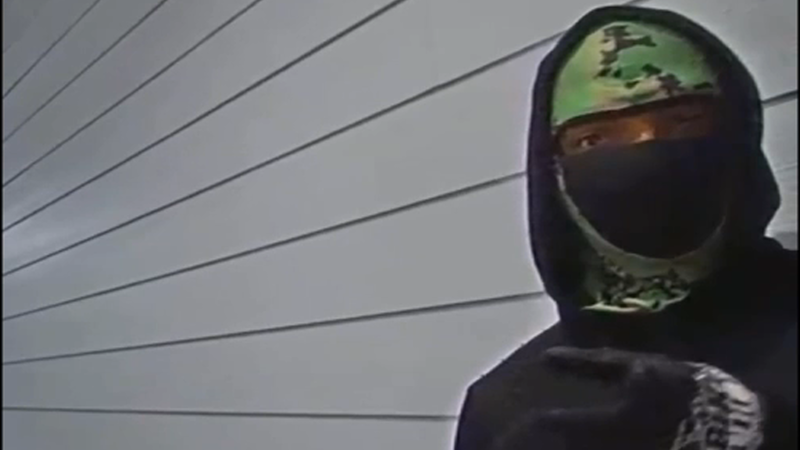 Suspects spoke with someone via radio during home robbery, HPD says

HOUSTON, Texas (KTRK) -- Three men are on the run after breaking into a family's home in southeast Houston and taking off with their valuables, according to police.

It happened the morning of March 21 in the 6600 block of Del Rio, and according to police, the victim was walking in when she saw the men armed with handguns.

The victim told police the intruders pointed their guns at her and another family member and demanded their belongings.

At one point, the suspects were communicating with someone through a radio, police said.

The men then rummaged through the family's home before taking off, according to police.

The suspects were described as Black men wearing dark clothing. Ring video shows one of the men in a black hoodie, black pants and a green camouflage mask.