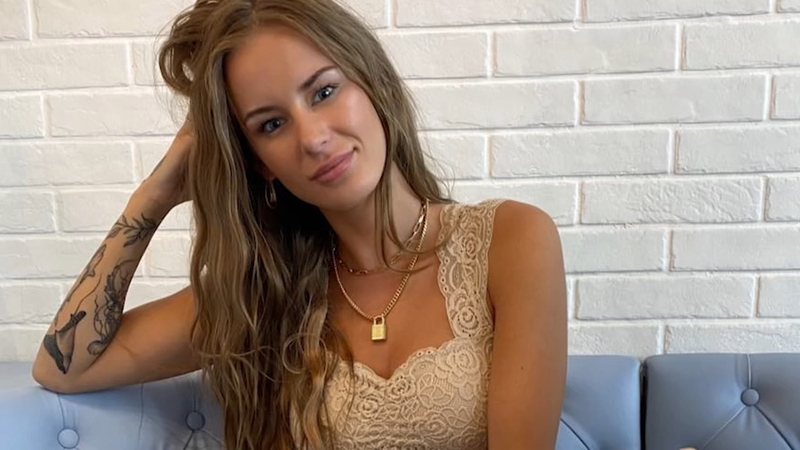 HOUSTON, Texas (KTRK) -- Whoever is responsible for the murder of 26-year-old Alexis Sharkey, a woman who had moved to Houston in January 2020 and was known for her Instagram presence, still remains free six months after the crime was committed.

Her naked body was left alongside a desolate road left in the brush on Nov. 28 in west Houston.

No arrests have been made in connection with Sharkey's murder. Her story, though, has since gained national attention.

Family and friends described her as a businesswoman who shared her life - travels, photos, and experiences - with the world through her Instagram page.

WATCH: What we know about the Houston influencer found dead

Even though Alexis Sharkey built a large following of 23,000 users, her mom said the 26-year-old never boasted about it.

They initially spoke publicly about their distress and heartbreak following her disappearance and death. In the months since, they've remained quiet and said they're allowing homicide detectives to work the case.

Sharkey's mother, Stacey Robinault, said she didn't want to talk about the ongoing investigation. Robinault did say her family has never stopped thinking about Sharkey. They remain optimistic a break in the case will come soon.

"We're encouraged by everything the police are doing on behalf of getting justice for Alexis," wrote Robinault in a message to Eyewitness News reporter Steve Campion.

The Houston Police Department and the Harris County District Attorney's Office both declined ABC13's invitation to speak about Sharkey's murder in a sit-down interview on camera.

The DA's office said they don't comment on pending investigations. HPD said this remains an active case as they are working to find Sharkey's killer or killers. They did say a case only becomes cold three years after they've exhausted all leads and investigative tools.

Mark Stephens, a private investigator who previously spent nearly 30 years in law enforcement, said building a criminal case against a suspect can take time, or sometimes even years. While Stephens is not tied to Sharkey's case, he said the fact that her body was naked indicates her killer didn't want to get caught.

"Somebody wanted to get rid of the evidence, because what they (investigators) are going to look for is DNA," said Stephens. "You get one shot. If you don't get it right, the guy walks. There's double jeopardy. He can never be charged again. It's one shot."

Tom Berg, a criminal defense attorney and a former prosecutor with the Harris County's District Attorney Office, said detectives and prosecutors want to make sure a case is solid before bringing a criminal charge against a suspect.

"Simply closing the case quickly is not necessarily justice. You might have the right person but you might not," said Berg. "With murder for example, there is no statute of limitations. There can be a lot of pressure to resolve a case quickly. In our society, we want quick resolutions because, in television, you can solve these cases in an hour or less even with commercial breaks."

"You do have that one shot," said Berg. "If you try your case and the jury finds the individual not guilty, that's it forever. You cannot bring that same case against that same person again."