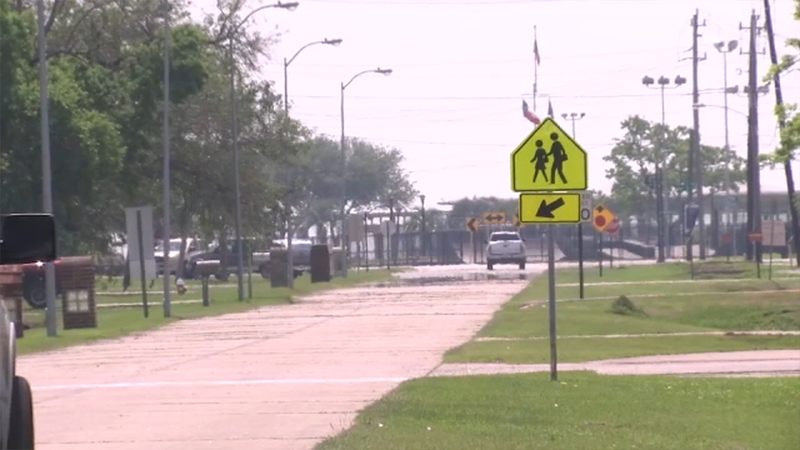 Schools in Harris Co. ordered to delay start of school to September


The announcement comes one day after the CDC released new guidelines urging leaders nationwide to reopen schools. The CDC acknowledged parents' concern with sending children back to school for in-person learning, but said keeping schools closed could also be harmful.

"The best available evidence indicates if children become infected, they are far less likely to suffer severe symptoms. Death rates among school-aged children are much lower than among adults. At the same time, the harms attributed to closed schools on the social, emotional, and behavioral health, economic well-being, and academic achievement of children, in both the short- and long-term, are well-known and significant," the CDC wrote in its guidance.

In its argument, the CDC said keeping schools closed disproportionately affects low-income and minority children and those with disabilities because they may lack the access to private instruction or care. The CDC argued hard for reopening based on several points about closures' effect on a child's safety, nutrition and physical activity.

Locally, Hidalgo addressed the closures, saying she has heard from educators and parents over the last few weeks, leading to the order issued Friday.

She said the closures don't mean that online instruction can't begin in the meantime.

"The last thing we want are closures. But we can't open until we dramatically reduce spread," Hidalgo wrote in a tweet. "The harder we work to crush the curve the sooner kids can responsibly return."

A copy of the order tweeted from the Harris County Public Health Twitter account noted that the start of in-person instruction and activity could be delayed further "based on ongoing monitoring and assessment of public health mitigation conditions."

It states the decision to close was based on rationale that included increased COVID-19 transmission in the community as well as an increased number of hospitalizations.

Hidalgo is among the Texas leaders who have been vocal about issuing another stay-at-home order to prevent the spread of COVID-19, however only Gov. Greg Abbott has the final say on that.

Nearly a month ago, Hidalgo increased the COVID-19 threat level in the area to red, which means it's severe, and you should stay home.

"The harsh truth is that our current infection rate is on pace to overwhelm our hospitals in the very near future," Judge Hidalgo said on June 26. "We hope this serves as a wakeup call to everyone that the time to act is now."


Despite the surge in coronavirus cases in Texas, Abbott has said no statewide shutdown is looming.

Texas has been under a mask mandate since July 3. The governor has stressed that if people wear masks, he'll be able to avoid a shutdown.
Under the order, every Texan is required to wear a mask or facial covering when out in public, though there are exceptions.

SEE RELATED STORY: 'If I could go back:' Gov. Abbott regrets reopening bars during COVID-19

Turner has also urged Houstonians to help slow the spread of coronavirus by recommending immediate changes to routines such as wearing masks, not just at businesses, but while in the presence of others and also encouraging people to work from home, if possible.

Just last week, the mayor was embroiled in a battle to stop the state GOP from holding its in-person convention in Houston as the city becomes a COVID-19 hotspot.

The state GOP was initially allowed to move forward with their plans at the George R. Brown Convention Center, but a federal appeals court overruled the decision.