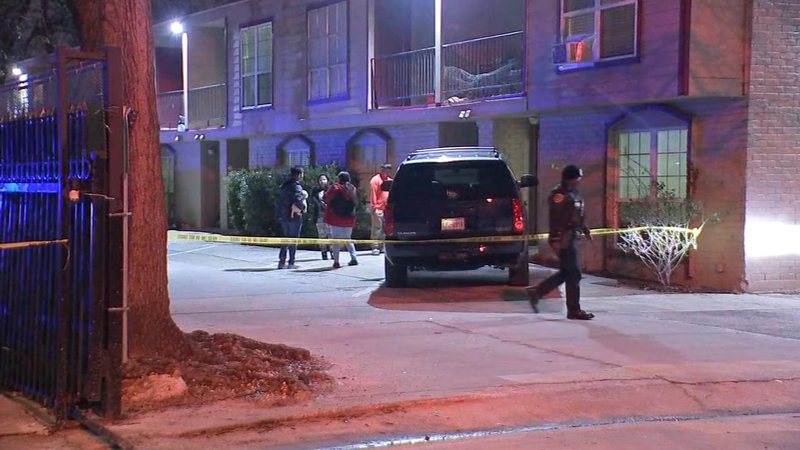 Sleeping 14-year-old injured when someone fired into her home

HOUSTON, Texas (KTRK) -- A 14-year-old girl is the latest victim in a string of violence impacting children in the Houston area.

Houston police say she was injured when a drive-by shooter fired into her family's apartment on Westview near Gessner in west Houston overnight.

The 14-year-old girl was sleeping in a bedroom at the time when she was struck in the stomach, HPD said. She is expected to survive.

According to investigators, the gunfire hit multiple units that face Conrad Sauer Drive.

The shooting happened just after 9 p.m. Tuesday, and HPD believes the shots came from a car that was driving by the complex.

Police are looking for surveillance video. The major assaults unit is investigating.

Sadly, this is yet another instance of gun violence that has harmed a young person in the Houston area.

Children such as 9-year-old Arlene Alvarez, 11-year-old Darius Dugas and 15-year-old Diamond Alvarez are just some of the young lives taken by gun violence.

Ashanti Grant, 9, is still in the hospital, fighting for her life, after she was shot in the head during what police say was a road rage incident in early February.

Her family is hopeful she will recover, and is also praying for the shooter's arrest.

The families held posters and chanted, calling out what they say is a broken bond system in Harris County, and loose Texas gun laws.

Ashanti's father had a message for anyone acting recklessly.

"These kids are our future. And we can't live on this earth forever. Someone has to take over when we pass and leave here," her father said. "If you continue to hurt the children, you're not going to have anyone left to run this world and country. The violence against innocent children needs to stop."

Investigators are searching for surveillance video of the incident, trying to get a clear picture of the car involved.