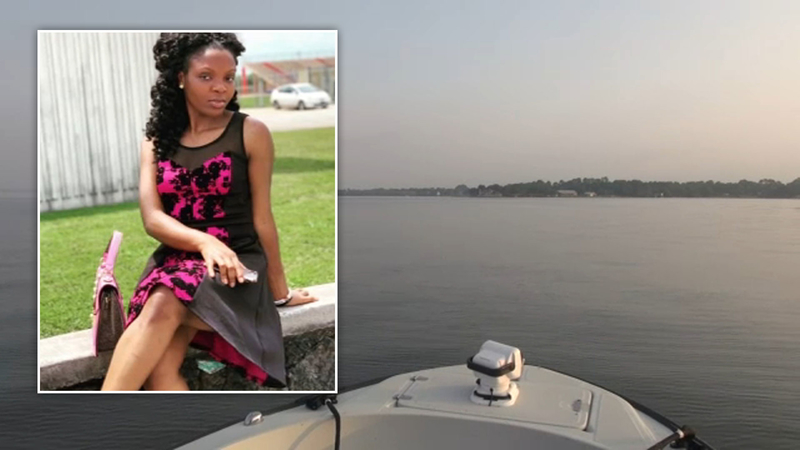 LAKE CONROE, Texas (KTRK) -- One of the victims presumed to have drowned in Lake Conroe Friday evening was preparing to serve in the U.S. military, family told ABC13.

According to the brother of 26-year-old Nizigiyimana Peragie, the young woman had enlisted in the Army and was enjoying her last week before boot camp when this tragedy happened.

Witnesses told police that they saw a group of people rent a pontoon on Friday before seeing a woman, now identified as Peragie, fall overboard that same watercraft. They said her boyfriend, 24-year-old Nsengiyumva Adrien, jumped in to save her, and neither resurfaced.

The couple had been on a boat with three others enjoying the sunset, authorities said. A third person also jumped in to help when the two began to struggle in the water in the Ayers Island area.

The search resumed Monday after being hampered over the weekend due to rough waves.

Peragie's family said that they are from Tanzania and moved to Houston in 2007.

Authorities also said they received a second rescue call for a capsized vessel while they were out trying to locate the couple.

Crews split up and were able to find the boaters from the capsized vessel, according to a post by Montgomery County Judge Mark Keough on Facebook.

They were taken to a Texas Game Wardens vessel then brought to shore.


Keough said the boaters were not wearing life jackets despite having them available on board.

"As the boating season ramps up, please remember to wear your life jacket while on the lake. It can save your life," Keough wrote on Facebook.

Investigators said they discovered that no one on the boat knew how to swim.