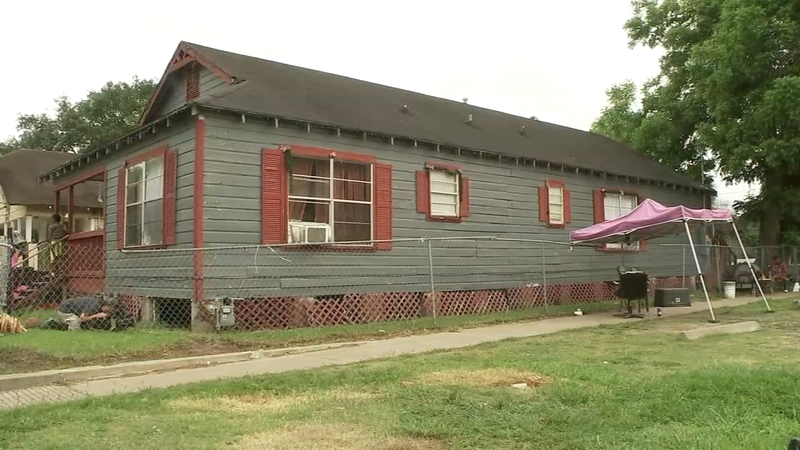 HOUSTON, Texas (KTRK) -- Even though the start of the Atlantic hurricane season is just three weeks away, many families in Houston are still rebuilding their lives after February's winter storm.

That includes one woman in the Third Ward. Shannon Sublett lives paycheck to paycheck, and that means she is always one disaster away from crisis.

But now, she's getting some relief.

Sublett got word her eviction hearing, slated for Wednesday, was taken off the docket. Her rental in Third Ward was heavily damaged when pipes froze and then burst during the winter storm.

"It was leaking from numerous places," she told ABC13.

It took 45 days for her landlord to complete repairs. Sublett saved bottled water for cooking and drinking, but to clean and flush toilets, she had to go another route.

"My son and my cousin were going underneath the house to the broken pipes and letting water drip into the buckets," Sublett explained.

At the same time, the Golden Age Hobby House senior center she runs down the street also had pipes burst.

The winter freeze set Sublett back financially as she was left with a mess inside her home and out of work.

"I don't make a lot of money. I make just enough to get by, so that if any one thing happens, it could put me in a tailspin and that's just exactly what happened. I'm still trying to reel from it to get back," she said.

With Sublett unable to pay rent for three months, City Councilwoman Carolyn Evans-Shabazz and the Houston area Urban League found the funds to help her and six other neighbors.

More than $15,000 helped keep families in the homes before we enter the Gulf hurricane season.

"It's been a really long, hard experience. It's something that started out really small that turned into a life-changing experience for me," she said.