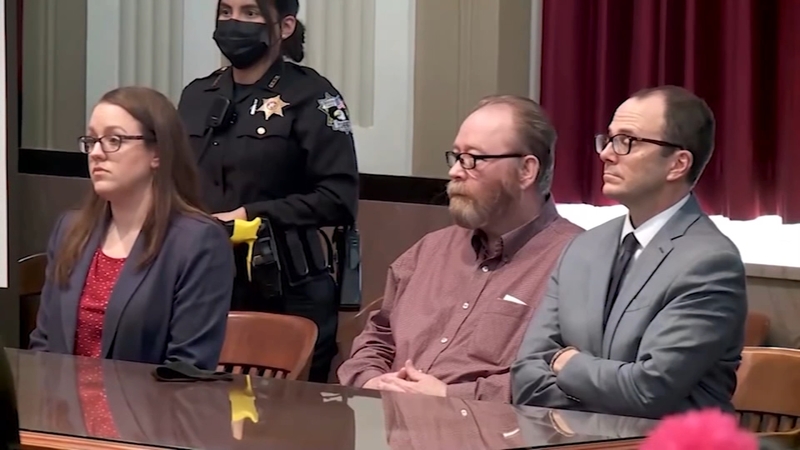 HOUSTON, Texas (KTRK) -- Accused serial killer William Reece is back in Texas and is facing charges in three brutal murders in Galveston and Brazoria counties.

Reece has already been convicted and sentenced to death in Oklahoma for the murder and kidnapping of 19-year-old Tiffany Johnston.

Now, he's in a private jail cell in Friendswood, facing charges in the murders of Kelli Cox, Laura Smither, and Jessica Cain. All three disappeared 25 years ago.

"We're very glad he's back to face charges," Gay Smither, the mother of Laura Smither, told ABC13 when she heard the news.

"It's very important that it be official in the records that he was guilty here in Texas. Not only for Kelli, for Jessica and Laura," said Jan Bynum, the mother of Kelli Cox. "The official accountability. I don't want William Reece out so he can do the same thing to anyone else."

Bynum said her family still doesn't have access to her daughter's remains, and they won't until the case is closed and somebody is held accountable in her killing.

"I'm sure everyone would prefer that he would die each time for the murder he's committed," Kathy Dobry, Johnston's mother, said. "I don't like the idea that he's back in Texas because he's playing his games."

No hearings have been scheduled for Reece in Texas yet.

"He's not sick. He's evil. And then we find out he hasn't been to death row. He's been in the county this whole time and now, Friendswood has brought him back here. He's just a happy camper," said Pamela Bryant, whose daughter, Anjanette Sorrentino, is still going through surgery from when she said Reece attacked her 25 years ago.

Both mother and father attended the murder trial in Oklahoma last year.

They both plan on attending any other trials that take place.

"None of us were prepared for this. None of us thought we would ever be in this position. And the fact that these mothers that have lost their children continue to fight is admirable," Bryant said.