The suspect, identified as 64-year-old William Francis Kenny, committed suicide the day after he shot Greenwood outside the Baytown courthouse.

ABC13 Investigates reporter Ted Oberg took a closer look at Kenny and found that he had been writing about Greenwood for years.
EMBED More News Videos

New information into what William Kenny did before Greenwood murder

For a long time, at least since Valentine's Day 2012, Kenny has been complaining about law enforcement. It appears his long-standing disputes with authorities stem back to that day and an argument that started over family photographs.

TIMELINE: Bill Kenny's long, meticulous and detailed accounts of interactions with officials for years after incident


A relative complained that he was involved in a domestic dispute in his west Harris County home that day. It was part of an investigation, but he, nor anyone else, was charged.

Since that day, Kenny has been making lengthy and numerous complaints about what he called corruption within Harris County.

A website linked to Kenny shows a long-standing grudge with law enforcement authorities throughout Harris County. According to Fryroad.com, a 911 complaint was made against Kenny in 2012 by his then father-in-law.

"My son-in-law has gone nuts," the caller said.

Shortly after, Kenny filed an internal affairs complaint against the officers who responded.

Since then, meticulous notes posted online show a near obsession with investigating why he was investigated, including a list of dozens of county employees Kenny called corrupt. Greenwood's name was mentioned more than once.

Greenwood's name was the highest ranking official singled out on the site.

The website also includes dozens of phone calls, supposedly made by Kenny to county employees, including Greenwood. He attempts to reach Greenwood, unsuccessfully, at least 20 times.

It's still unclear whether Kenny ever met or spoke to Greenwood before his death.

He also posted emails detailing his grudge and photos of himself, he claims, after the altercation with his wife.

In some of his online postings, Kenny said that Greenwood was "a legal criminal lacking basic ethics, he has a badge and a law degree but doesn't know right from wrong."

Sources also told ABC13's Jessica Willey that Kenny moved out of his Greenspoint-area apartment less than two weeks before the murder.

The weekend before, he rented the Nissan that was caught on surveillance video at multiple locations and the night before, he spent the night at a motel 10 miles from the scene.

Three hours after the deadly ambush, Kenny returned the vehicle.

At 8 a.m. the next morning, Tuesday, April 4, HPD received a call about a suicide outside Ben Taub. Kenny was listed as a "John Doe" until he was identified April 10.

Greenwood was laid to rest Thursday after a memorial service with hundreds at Second Baptist Church. 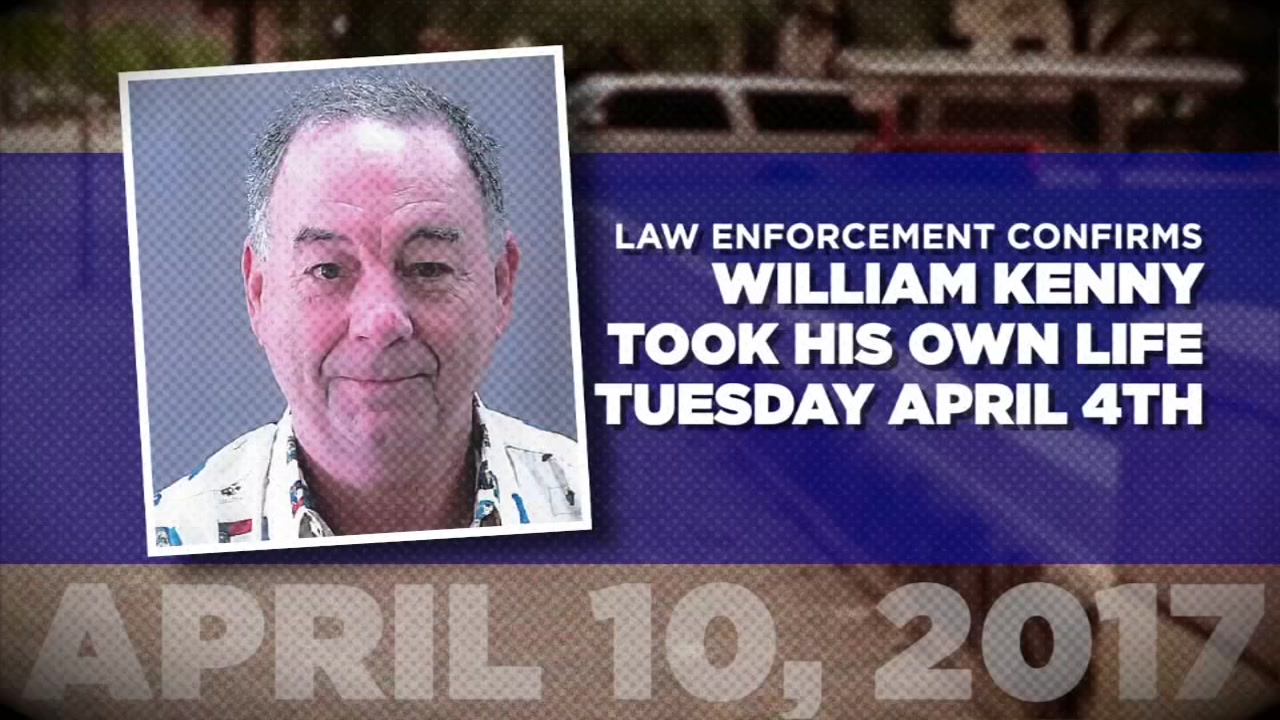