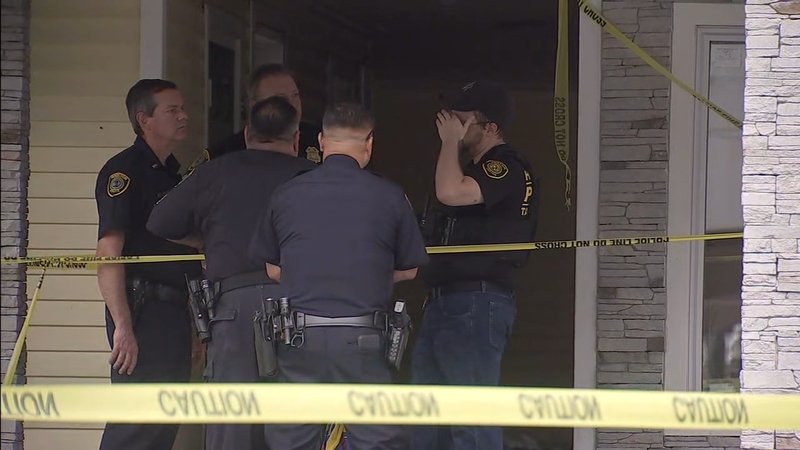 HOUSTON, Texas (KTRK) -- A man was shot to death during what police believe was a fight between him and a group of people at an extended stay hotel in northwest Houston on Thursday.

The Houston Police Department posted a tweet confirming the investigation of a shooting in the 5900 block of Guhn Road, which is located just off the US-290 freeway.

Police, who responded to calls coming at about 2 p.m., said the victim's body was located in a stairwell.

Investigators were told the victim was involved in a fight with fellow long-term residents of the hotel.

Police added they are working to find a suspect and that they believe they know who it might be.

Officers don't believe there is a danger to the community, police said.

Another crime has taken place in the city of Houston. Police give details into the latest deadly shooting, which involved multiple long-term residents of an extended stay hotel.

Earlier, a public information officer for the police department told Eyewitness News that they were responding to calls of the shooting at the HomeTowne Studios. One caller told police a male and a female were arguing just before gunfire was heard.

An Eyewitness News crew is at the scene. All updates on this developing story can be found in this article.

Northwest officers are at a shooting scene 5900 Guhn. Adult male deceased at the scene. 202 pic.twitter.com/0MNtsPnLCp