Gas prices have risen a quarter in a week: Here's how high they could go, and for how long 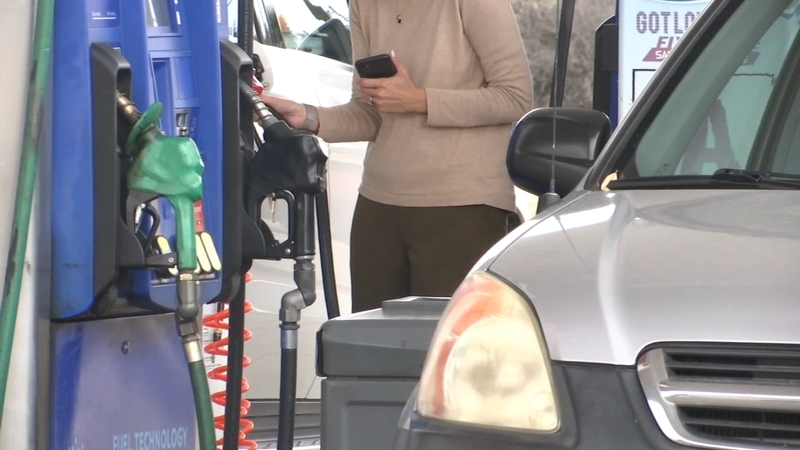 HOUSTON, Texas (KTRK) -- Even if the war in Ukraine ended now, energy experts believe higher gas prices could last through 2022.

GAS PRICES IN TEXAS CLIMB TO NEARLY $3.50 A GALLON

According to the American Automobile Association, the average price for regular gas in Texas is $3.49 a gallon. That's up a quarter from a week ago and a dollar from 2021.

"I think that is too much for a lot of people," driver Emily Terry said. Energy experts said to budget for even higher fuel prices if you have spring break road trip plans.

Gas prices are on the rise for multiple reasons. University of Houston finance professor Craig Pirrong said the prices were already high because of supply chain issues and the pandemic.

"Ukraine has exacerbated the situation and made it worse," Pirrong explained. "To be honest with you, whether we stand with them or not, it's probably a secondary consideration. Just the war itself is having disruptive effects."

This is a disruption to the Russian oil supply, according to Pirrong. "Companies borrow money to buy the oil," Pirrong said.

"A lot of banks are saying, 'Hey, we're worried about being sanctioned. So, we're not going to lend the money.' That's why some Russian production is not reaching the market," Pirrong said.

Politicians and some drivers are calling for domestic oil production to ease the pain at the pump. "We have the ability in this country to be half this price because we have the ability to produce it ourselves," driver Robert Palmer said.

According to Pirrong, it would take weeks or months to notice a difference at the pumps even if attitudes changed. "Right now, there are challenges with ramping up production in the United States because of things even like sand for fracking and other supply chain inputs," Pirrong said.

'ALONG FOR THE RIDE': JUST HOW LONG WILL HIGH GAS PRICES LAST, AND HOW HIGH COULD IT GO?

Within the next few weeks, $4 a gallon may arrive. "I think that I'll definitely have to budget in the future if it keeps going up," Terry said.

Pirrong isn't sure how high prices will climb. A lot depends on with Russia does with its war on Ukraine.

"Not to be the voice of gloom here, but we're kind of along for the ride," Pirrong said. Even if the war ended tonight, Pirrong said higher gas prices could last until the end of 2022.

"It looks like Saudi Arabia are not going to respond by increasing output," Pirrong explained. "So, if you put those two things together, we're talking most of 2022 certainly."