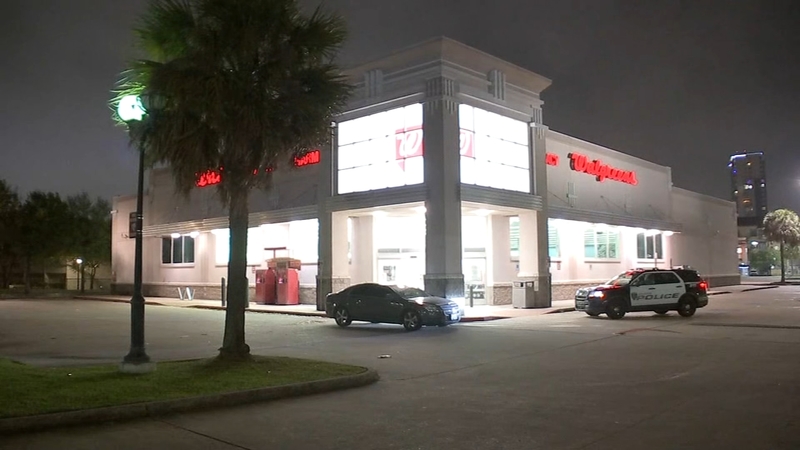 It all started just before midnight at a Walgreens on Studemont when two men with guns came into the store, and it ended with three young suspects behind bars.

The robbery happened when only two employees were inside with no customers, and police said it's a good thing because the suspects came in with guns, and even fired off a round before forcing the workers to open the safe.

The two men reportedly took more than $3,000 when they forced the manager and a store clerk at gunpoint to open the safe.

Houston police said the suspects left the store and got into a waiting car, where a third suspect drove away.

HPD said investigators were able to track the car as it left the parking lot.

"We had DPS helicopter up top that was helping us out. We had some undercover, unmarked units that were also helping us, and we ended up tracking the vehicle all the way to here," Lt. R. Willkens said. "Once we got enough patrol units, we initiated lights and they took off. There was a small car chase."

The chase ended on Richmond, about 20 miles away from the Walgreens.

Police said the men turned onto a dead-end street and then made a U-turn. That's when they struck one of the HPD vehicles and then crashed into a fence.

All three suspects are now in custody. ABC13 spoke briefly to one of the employees who came face-to-face with the suspects.

"It was just crazy and that's it," the employee said. "I can't really say too much."