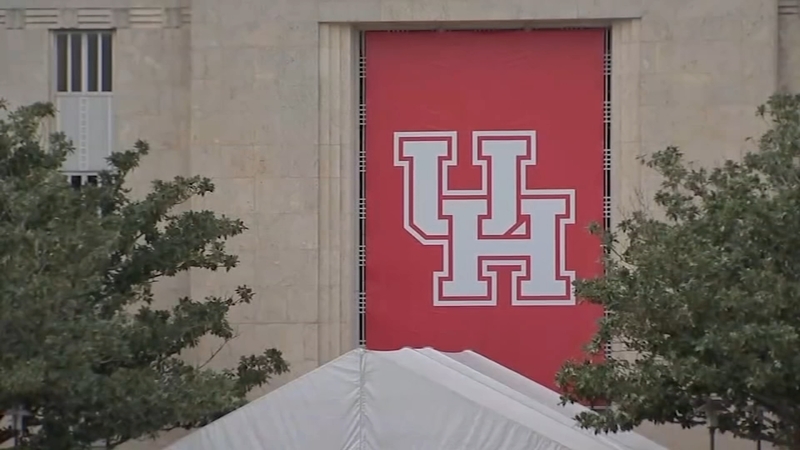 HOUSTON, Texas (KTRK) -- A former University of Houston student who says he was the victim of a brutal hazing incident said the district attorney's decision to re-indict the frat, and not the members, falls short.

A hazing charge leveled against a University of Houston fraternity isn't exactly what Jared Munoz thought would happen when he came forward.

"It's almost like shooting a shot in the air," Munoz explained. "It's not really targeting anyone. It falls short of the mark of setting the right example."

Three years ago, Munoz says he was the victim of a brutal hazing incident at Pi Kappa Alpha. Munoz said he was blindfolded, and driven off-campus.

He said the hazing left him in the hospital with a lacerated spleen and put him in the ICU.

The university suspended the fraternity and a hazing charge was leveled, not against any member, but the national Pi Kappa Alpha fraternity. The case was dismissed on a filing error.

Charges would have to come quickly. Shellist said the statute of limitations ends in a couple of months.

The district attorney's office can't comment on the grand jury process, but did send ABC13 a statement:

A judge quashed the previous indictment because it insufficiently tracked the statutory language in the Texas Education Code, and not because of the strength or weakness of the case.

Prosecutors adjusted the wording, added information, and went back to a grand jury; the jurors voted to issue an indictment. The new indictment, for example, names specific fraternity members who allegedly committed acts of hazing

Shellist believes it's possible frat brothers were given immunity to admit what happened.

"If he didn't know who ruptured his spleen, because it was pitch black outside, and the other kids aren't talking, the DA's office may never have had an opportunity to charge an individual," Shellist explained.

Frat members may not face a criminal jury, but they might see a civil one. Munoz filed a million-dollar lawsuit in hopes to get justice for what he says was a brutal form of hazing.

"I want to set the example for the rest of the nation," Munoz said. "This is still a national crisis. Still losing sons and daughters, brothers and sisters to this kind of crisis."

We reached out to Pi Kappa Alpha for a comment, but we haven't heard from the organization.

The University of Houston sent ABC13 a statement:

In October 2017, the University of Houston took administrative action to suspend the UH chapter of the Pi Kappa Alpha fraternity for activities that violate the University hazing policy, which is consistent with the Texas Education Code. In 2017, the UH Police Department coordinated with the Harris County District Attorney's Office in investigating these activities, which revealed violations that occurred off-campus in 2016.

We are grateful that our county partners have delivered a stern message through the grand jury's decision against the fraternity, that such behavior, which jeopardizes the wellbeing of our students, will not be tolerated.

Our University takes pride in the camaraderie and well-rounded experience of our students, and for many, that includes participating in fraternity and sorority life. We take seriously our responsibility to train our fraternities and sororities to adhere to University policy and laws against hazing and the need to conduct themselves in a safe manner.

Background: UH placed the Pi Kappa Alpha fraternity under interim suspension on July 21, 2017 until completion of an administrative investigation. The current suspension expires in Oct. 2023. Hazing is defined in Sec. 3.16 of theUH Student Code of Conduct, consistent with Sec. 37.151 of the Texas Education Code.