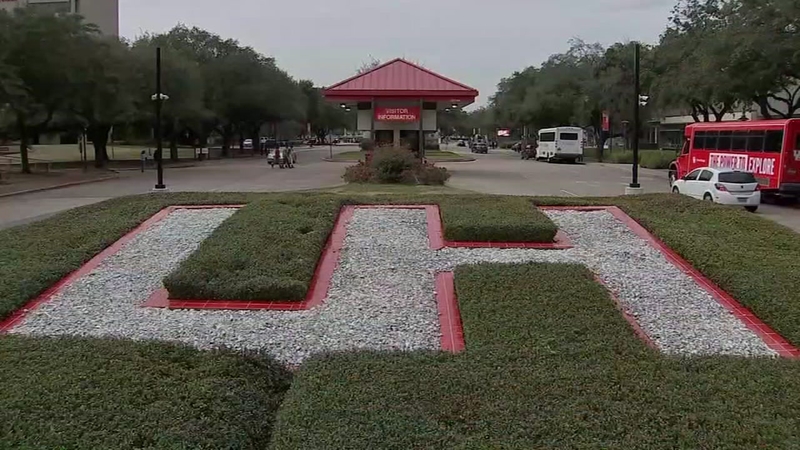 HOUSTON, Texas (KTRK) -- Pi Kappa Alpha, a fraternity that the University of Houston suspended until 2023, has been indicted by a grand jury for a case involving the alleged cruel treatment of pledges, one of whom was reportedly body slammed.

The misdemeanor indictment is for the fraternity and not for any one individual, according to the Harris County District Attorney's Office.

Harris County D.A. Jim Leitner talks about the indictment against a UH fraternity

According to prosecutors, the hazing incident was reported over three nights in November 2016. Focusing on one pledge, the district attorney's office says the student was "weakened physically, and broken down mentally."

The fraternity made the pledge roll around in vomit, spit and feces, as well as going without food, drink and sleep, prosecutors claim.

Prosecutors added the pledge reportedly took part in a "greenlight" game that involved a frat member tackling him in the dark. The pledge was hospitalized with a lacerated spleen.

"Brotherhood and collegiate good times should be safe and hazing is not," said Harris County District Attorney Kim Ogg. "It is also illegal and that should be recognized by the dozens of fraternities and sororities on college campuses all over the Houston area."

The indictments came in the wake of concurrent district attorney and UH investigations.

After the indictment, University of Houston praised investigators for the findings. In part, UH said in a statement:

"Today we are grateful that our county partners have delivered a stern message through the grand jury's decision against the fraternity, that such behavior, which jeopardizes the well being of our students, will not be tolerated. Our University takes pride in the camaraderie and well-rounded experience of our students, and for many that includes participating in fraternity and sorority life. We take seriously our responsibility to train our fraternities and sororities to adhere to University policy and laws against hazing and the need to conduct themselves in a safe manner."

For its part, the Pi Kappa Alpha fraternity said it "does not tolerate hazing, maltreatment of members, or any activities that do not treat individuals with dignity and respect."

While the fraternity condemned the UH chapter's actions, it said the chapter was a "separate, unincorporated association" to Pi Kappa Alpha.

"The Fraternity does not control any chapter or its members or their activities," the fraternity said. It added it holds the right to suspend any chapter.