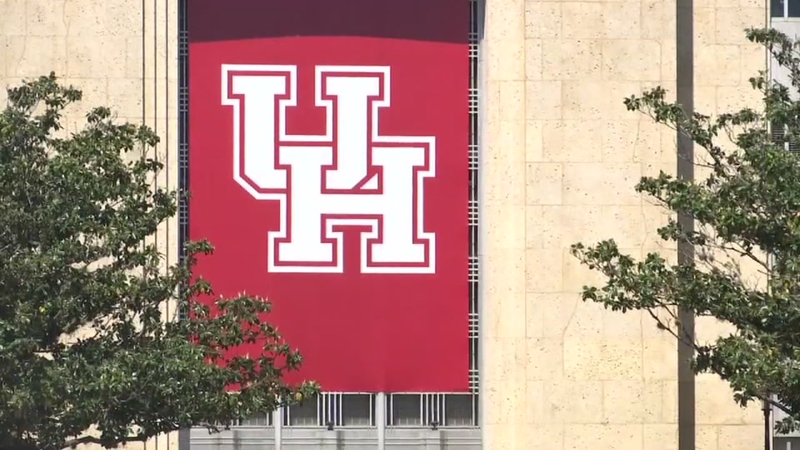 HOUSTON, Texas (KTRK) -- A University of Houston fraternity charged with hazing won't face a trial after a judge dismissed the case.

Last week, a Harris County judge dismissed the hazing charge against Pi Kappa Alpha International Fraternity, Inc. The organization was indicted after a former pledge said he suffered serious injuries while he attempted to join the U of H chapter.

In 2017, the district attorney's office told Eyewitness News the grand jury only indicted the organization, not any members.

The victim, Jared Munoz, spoke exclusively with Eyewitness News last year after filing a million dollar lawsuit against the fraternity, and several members.

He told us during the pledge process he suffered three days of hazing. Munoz said it began when he was forced to roll around in human waste.

Then, he was forced to drink heated beers, which scalded his mouth. Finally, they played a glow stick game, in which he was tackled in the dark, which he said lacerated his spleen and put him in the intensive care unit.

"We appreciate the work of the grand jury, which determined there was probable cause to indict the fraternity's national chapter, and we respect the judge's decision to quash the indictment on constitutional and statutory grounds," said DA spokesperson Dane Schiller. "Prosecutors could present charges in the future in light of new or different evidence."

Pi Kappa Alpha sent the following response to ABC13: "The Fraternity was pleased to learn the criminal indictment against the International Fraternity was dismissed by Judge Kelley Andrews, Presiding Judge of County Criminal Court at Law No. 6 of Harris County, for its unconstitutional failure to allege an offense. It is the Fraternity's position that individual perpetrators of hazing should be charged with these crimes. However, the Fraternity is sympathetic to the citizens of Harris County and the DA's Office specifically, as several of the former members provided misinformation to law enforcement authorities and encouraged other members to not cooperate with the police, making their job of deriving the truth far more difficult.
The International Fraternity, which represents thousands of students across North America who had nothing to do with this incident and had no knowledge these activities were occurring, moved to immediately suspended the former chapter at Houston once it was informed. Further, undergraduate delegates of the other Pi Kappa Alpha Chapters voted unanimously to revoke the charter of Epsilon Eta Chapter upon learning of these activities.
In light of the fact that there is still civil litigation pending, the Fraternity plans to direct its focus on the former members responsible for this action and is contemplating filing cross-complaints and pursuing separate legal action as may be appropriate. In addition to the suspension of their individual memberships in Pi Kappa Alpha, the Fraternity remains committed to holding these men responsible for their actions."

Munoz's lawsuit is scheduled to go to trial in November.