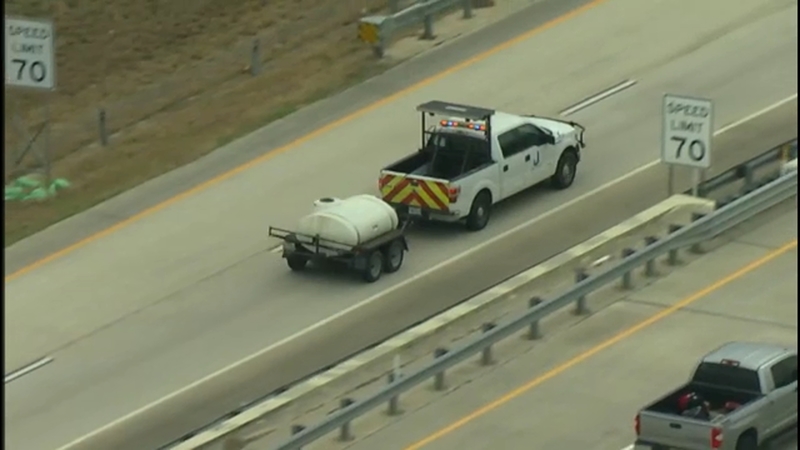 HOUSTON, Texas (KTRK) -- With a chance of snow mixing in with rainfall this coming Sunday, Texas Department of Transportation is taking no chances when it comes to slippery freeways.

On Friday, the state agency stated crews were pretreating various roadways in the northern most area of its Houston District. Those areas include Montgomery County and portions of north Harris County.

Here's everything you're going to need to survive ice on the roads.

TxDOT also offered a caution to motorists before the anticipated winter precipitation event.

"[Please] be careful as work convoys work in these areas," TxDOT tweeted along with a photo of one of its pretreatment vehicles.

Late Friday morning, SkyEye flew to various areas where the pretreatment was underway, including the Grand Parkway at Katy Freeway and the connector ramps on the parkway at U.S. 290.

As a precaution, TxDOT crews will be pretreating various roadways in the northern most areas of the Houston District including Montgomery County and portions of North Harris County in anticipation of possible wintry weather. Pls be careful as work convoys work in these areas. pic.twitter.com/94SbtRvpSY