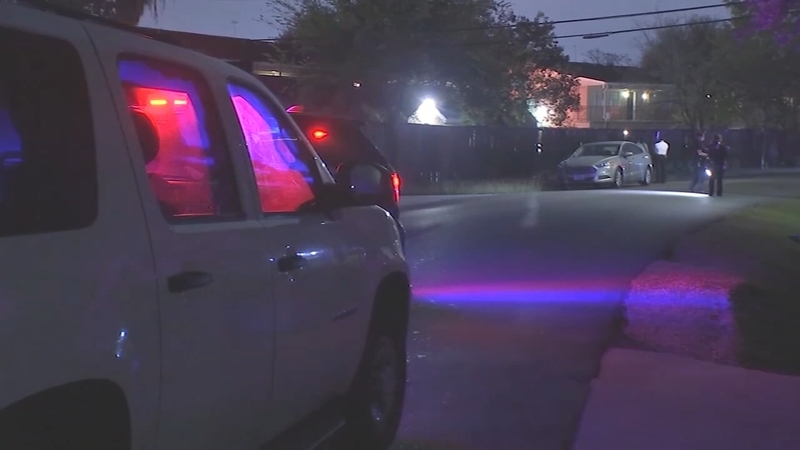 HOUSTON, Texas (KTRK) -- Police are searching for the gunman accused of killing a transgender woman in her apartment in southwest Houston over the weekend.

According to police, the woman was found by her boyfriend at her apartment on 6600 Dunlap Street, around 8 p.m. on Saturday.

Police believe the shooting happened hours before she was found.

Ma'Janae Chambers, who is a transgender woman herself, has become an activist for the community since her friend, 22-year-old Asia Foster, another transgender woman, was murdered in November of 2020.

"Here is another transgender woman that's murdered and shot," Chambers said. "Angry because why? Why are you targeting trans women? Why? Sadness, because another life is lost."

Foster was last heard from when she left home on a date on Nov. 20, but her friends and family were not sure who she was with. Later that night, her body was found along Skyline Drive and Greenridge.

"Be careful. Careful who you are meeting with," Chambers said. "It could be your own friends who could put you in a bad predicament."

In July 2019, another 22-year-old transgender woman, Tracy Williams, was shot and killed. Her body was found on the Katy Freeway. Her boyfriend was later charged in her murder.

Both Foster and Williams were members of Montrose Grace Place, a nonprofit organization for the homeless youth of all sexual orientations and gender identities.

"Both of them were very vibrant and advocates for the community in their own way," said Courtney Sellers, the executive director of Montrose Grace Place, said.

Sellers hopes to raise awareness and shine a light on the discrimination against the transgender community.

"Transgender women, especially Black women, are more likely to experience homelessness and be more likely to be discriminated against by the homeless system," Sellers said. "Texas is one of the deadliest places in America for trans women and that's important to look at."

Police have not identified the woman killed on Dunlap Street and have not said a motive.