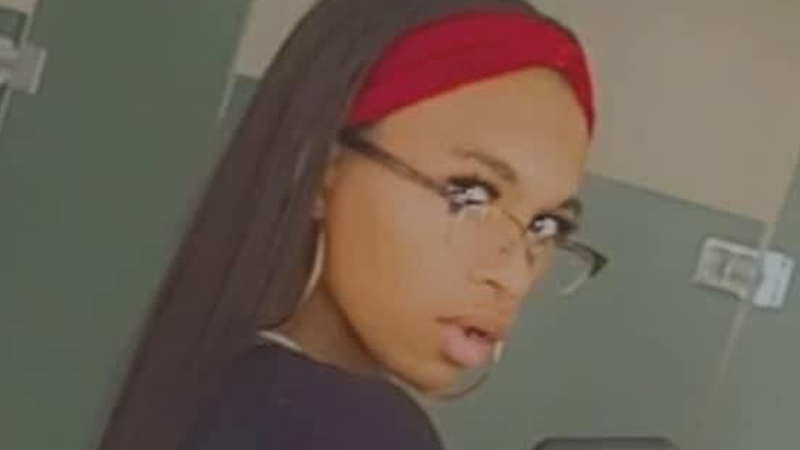 HOUSTON, Texas (KTRK) -- Family and friends gathered at the Montrose Center Sunday to remember 22-year-old Asia Foster, who was identified as the transgender woman murdered in southwest Houston on Friday.

Majanae Chambers, one of Foster's close friends, said the last couple of days have been a rollercoaster as they were all trying to find out where she was.

Then, after seeing a news report about a woman's body found along Skyline Drive and Greenridge, her family and friends feared the worst.

"He said that it was a woman found with multiple [gunshot wounds] that's up the street from where they live," Chambers said, recalling a conversation with a mutual friend. "I'm like, 'Please not her. I'm praying it's not her."

Foster's family and friends were notified this weekend. Investigators believe Foster was shot to death and then her body was dumped at the location where she was found. Police still don't know what led up to the shooting.

Meanwhile, a vigil was held in honor of Foster on Sunday night.

Family and friends honor Asia Foster tonight at a vigil. Her family says tonight will never be forgotten. Foster was found shot to death in Houston this week. Her close friend says unfortunately this is not the first or last transwoman to be killed in our community. 🙏🏽 pic.twitter.com/xPAR8SLsrw

According to the Chief Development Manager with the Montrose Center, Foster is the 38th transgender person whose violent death has been reported nationwide and the third in Texas this year.

On Monday, Congresswoman Sheila Jackson Lee spoke out about Foster's death stating, "This appears to be a directed violent attack on innocent women because of who they are."

We should all mourn the senseless violent murder of Asia Foster, a transgender woman of color. These murders have happened one after another. This appears to be a directed violent attack on innocent women because of who they are. 1/2

Lee added she is looking to pass federal legislation to investigate this "repetitive national violence against transgender women of color."

There must be a swift and quick investigation, and the alleged perpetrators must be brought to justice. I am seeking to pass federal legislation to investigate this repetitive national violence against transgender women of color. Enough is enough! 2/2

Foster is the first transgender woman to be killed in Houston this year, but her family and friends fear she will not be the last.

"Be aware of your surroundings," Chambers said. "Be aware of who you are meeting with. Meet someone in public. Be where everyone can see you. Awareness."

Family and friends at the vigil said at the young age of 22, Foster had turned her life around, was excelling professionally and personally, and was a beacon of light in their community.