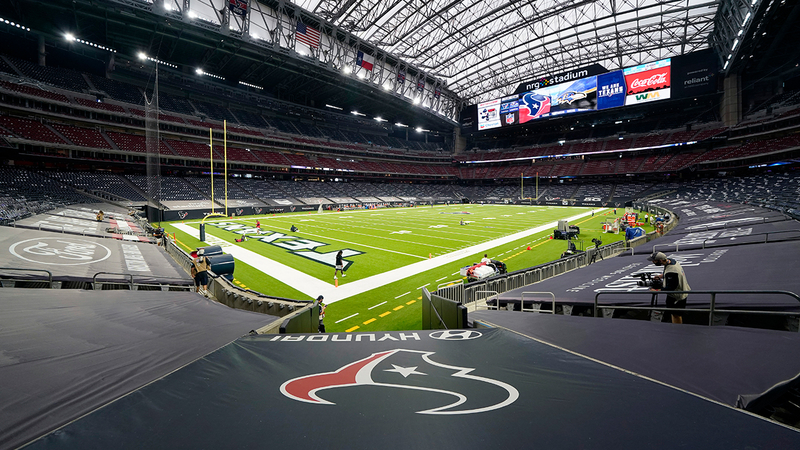 HOUSTON, Texas (KTRK) -- Eight COVID-19 positive tests coming out of an NFL matchup from this past weekend could impact the Houston Texans' upcoming home game, which is slated to host 13,300 fans at NRG Stadium.

The Titans' positives came after their road matchup in Minneapolis against the Minnesota Vikings, who are slated to face the Texans this Sunday in Houston.

While the NFL didn't say any positives came from the Vikings, the team is similarly suspending in-person club activities.

The Houston Texans plan to open NRG Stadium to fans again, all under the approval of Mayor Sylvester Turner, who, in the video, offered a humorous jab at the team.

"Both clubs are working closely with the NFL and the NFLPA, including our infectious disease experts, to evaluate close contacts, perform additional testing and monitor developments. All decisions will be made with health and safety as our primary consideration," the league said in a statement.

As of midday Tuesday, the Texans have not given comment about the development involving their upcoming opponent in Week 4 or whether this game would go on as scheduled. This matchup would be the first Texans home game to host fans during the pandemic.

Meantime, the Titans were scheduled to visit the Pittsburgh Steelers in Week 4.

The NFL instituted steps to proceed with the season in the middle of the pandemic. Those procedures can be found through the NFL operations website.