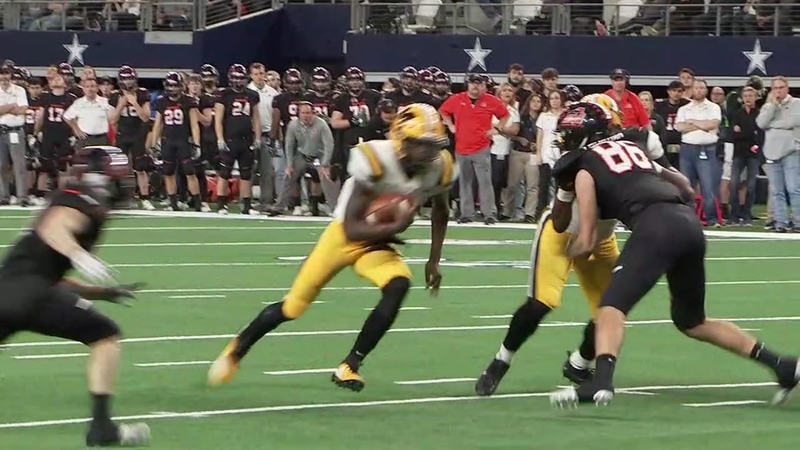 ARLINGTON, Texas (KTRK) -- The Marshall High School Buffs, who have been challenged on and off the field heading into Friday night's state championship game, were outmatched by Texas football powerhouse Aledo, losing, 55-19.

The team was able to get first half scores, including a fumble recovery for a touchdown at the Aledo end zone.

But their opponents hailing just west of Fort Worth came at the Buffs in dominant fashion.

As was clear on their uniforms, the Buffs played with heavy hearts after the passing of teammate Drew Conley.

Still, this was a season the school could be proud of, boasting a 15-1 record and a runner-up position in 5A-Division II.