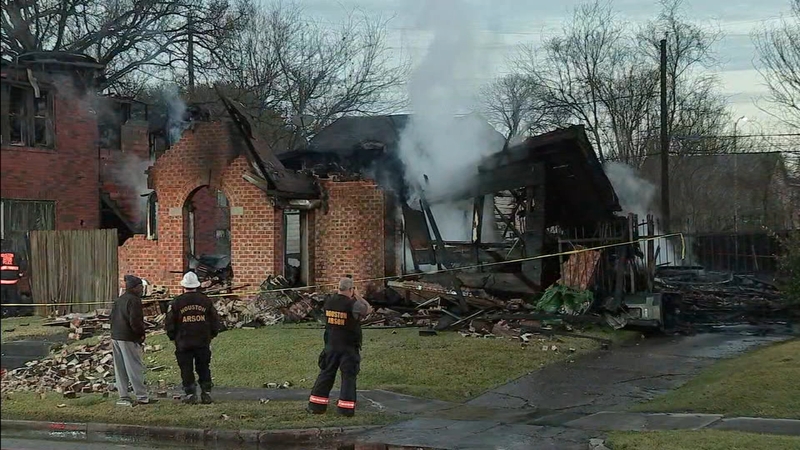 HOUSTON, Texas (KTRK) -- A Houston firefighter was injured while battling a house fire in the Third Ward.

Firefighters were dispatched to a home on Palm Street near Paige around 3:11 a.m. Wednesday for a reported house fire.

Flames were already shooting into the air by the time firefighters arrived to the scene.

Houston fire officials said one firefighter sustained minor injuries when a wall collapsed at the home. He was transported to the hospital.

Thankfully, officials say the firefighter is going to be OK.

There were no other injuries reported, despite it being a two-alarm fire in the middle of the neighborhood.

A neighbor told ABC13 they heard an explosion before seeing the flames.

Firefighters said no one lives inside the home where the fire started, which was under construction. The home was completely destroyed.

A sad scene in 3rd ward — a two alarm fire has completely destroyed one home and damaged a few others. pic.twitter.com/m8FioODSGA

The flames quickly spread to two other homes. The second floor of one home sustained extensive damage, HFD said.

One person inside did manage to make it out OK. Firefighters said no one lives at the other home damaged by the flames.

A fourth house further down the street had some water damage, HFD said.

The cause of the fire is still under investigation. The arson team was seen inspecting the home.

In total, about 100 firefighters responded to the scene.