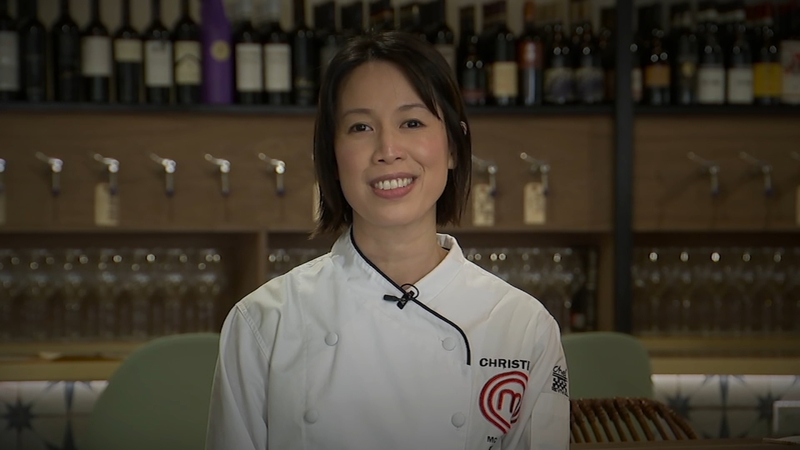 HOUSTON, Texas (KTRK) -- For Christine Ha, opening her own restaurant has been a long-time dream.

"It was a dream of mine before I was ever on MasterChef," said Ha. "So, this is kind of like a dream culminating, you know. After winning a cooking series and after writing a New York Times bestselling cookbook, my dreams have come full circle."

Ha first became a culinary sensation after winning season three of the hit TV cooking competition "MasterChef." The win earned her $250,000 and a cookbook deal with celebrity chef Gordon Ramsey, who wrote the foreword for her book.

Now, she has opened her own restaurant inside of the Bravery Chef Hall located in downtown Houston.

"I call it a modern Vietnamese gastropub," said Ha.

But if her accomplishments weren't already impressive enough, Ha has managed to do it all despite being legally blind.

"I was born with full vision, and it wasn't until I was in my 20s when I started having inflammation in one of my optic nerves," said Ha.

Tests revealed that Ha had neuromyelitis optica or NMO, an autoimmune disease that causes vision loss.

"For a while, I could still walk around without a cane, I just couldn't drive," said Ha. "But then, it got worse to the point where now I have to use a screen reader. I have to use a cane or assisted guidance."

Despite losing her vision, Ha continued to cook and even started a cooking blog. Producers on "MasterChef" took notice of her blog and reached out to her.

"Producers found my blog randomly," said Ha. "They said, 'We're coming to Austin if you want to audition for a show called MasterChef.'"

Ha beat out more than 30,000 home cooks across the country to make it onto the show.

"It's pretty much like culinary boot camp," said Ha. "I had the same amount of time to cook as everyone else. When we had to duplicate or replicate one of the judges' dishes, they would make two. So all of the contestants could look at it, but then they had one that I could feel with my hands. When you don't have vision, you use your fingers, your hands and your sense of touch to essentially see."

She never expected to make it as far as she did.

"I've been asked before 'At what moment did I know I was going to win?'" she said. And I'm like 'The moment they called my name as the winner.' I didn't really have a moment that I thought I would win up until the very moment when Gordon called my name. I was still extremely shocked."

Now, Ha is pursuing her next dream. She opened her first restaurant in July.

"The name was chosen because I am known as 'The Blind Cook' or 'The Blind Chef,'" she said. "We decided to do a twist on that name. I was born the year of the goat in Vietnamese astrology. So I am now 'The Blind Goat.'"

Her menu is rooted in her Vietnamese heritage, but also includes some Texas influences.

"There's my personal story interwoven throughout the menu," she said. "I was raised in Texas. There is a little bit of Tex-Mex influence that I'll be putting on the menu, like a Vietnamese-style queso with wonton chips instead of tortilla chips."

For Ha, the new Bravery Chef Hall seemed like the perfect fit for her new restaurant. The multi-chef food hall includes five restaurants and three bars.

"I'm surrounded by seasoned chefs that have opened restaurants and been in the industry for quite a long time," said Ha. "So I'm being mentored by them to open up my first restaurant."

She credits her kitchen staff at The Blind Goat for helping make the new restaurant a fast success.

"I have a really good team behind me that's helping me get prep work and service done," she said. "Everyone's dedicated. If you surround yourself with good people, you succeed. You can't do it alone. It's all about teamwork for me."