Texas 'not quite there yet' on meeting COVID-19 testing goals 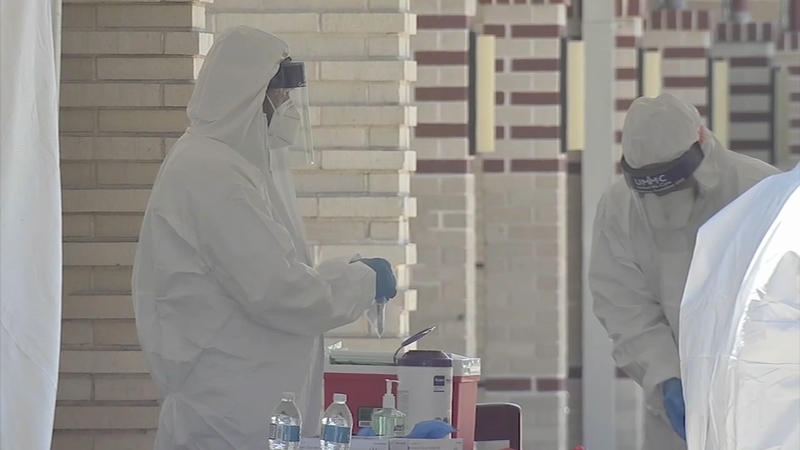 Texas lags behind in COVID-19 testing

HOUSTON, Texas (KTRK) -- Despite Texas Gov. Greg Abbott's comments that widespread COVID-19 testing is the "foundation" for reopening communities, the state continues to fall behind others when it comes to testing per capita.

Abbott said that's because the main thing he looks for is how many of the people who receive tests end up testing positive for the virus. He said it is now below five percent and has dropped from a high of about seven percent.

"The fact remains that more than 95 percent of the people who are tested, test negative," Abbott said. "We have a lot of people in this state say, 'well, we need to test far more people.' The fact of the matter is there's people who are in Texas who have no symptoms whatsoever [and] have no need to go up to a testing site to be able to be tested."

RELATED STORY:'Numbers could be underrepresented' as request for COVID-19 tests unfulfilled

Still, in his Report to Open Texas released April 27, Abbott said "testing is the foundation on which the plan to open Texas is built."

The state got close to that goal once since then, and on two days didn't even reach 10,000 tests statewide.

"The amount of testing that takes place in the state of Texas continues to ramp up, we're not quite there yet," Abbott said during a news conference on Tuesday.

Not meeting its testing goals didn't hinder the state's re-opening plans as Abbott announced that hair salons and gyms will be allowed to open May 18.

The graphic below shows daily testing results over the last week. 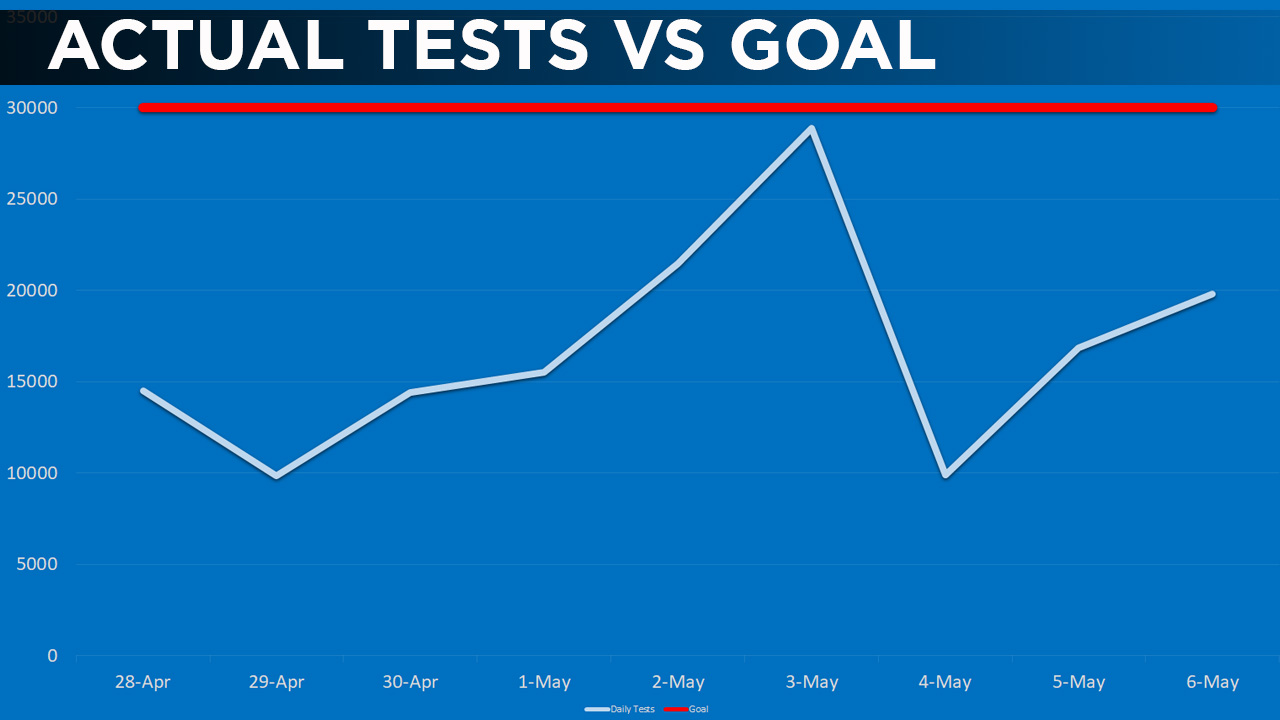 Abbott said during a call with the White House this week, officials said the goal is to test two percent of the population monthly in every state.

"That would be approximately 600,000 Texans per month, just pursuant to this one testing regiment that is provided by the federal government," Abbott said.

But, after nearly two months of testing, Texas just crossed the one percent threshold last week and daily testing isn't on target to meet that goal.

As of Wednesday, nearly 439,000 Texans have been tested for COVID-19, with about 34,425 positive cases statewide, according to the Texas Department of State Health Services.

The lack of testing has put Texas at the bottom of a state-by-state ranking for testing week after week.

Data for last week shows Texas conducted only 66,531 tests, which is the equivalent of about 9,500 tests daily, according to a 13 Investigates analysis of data from the COVID Tracking Project. As of Friday, Texas was conducting 10,856 tests per one million residents, putting it in 48th place nationwide when compared to testing per capita in all 50 states and Washington, D.C.