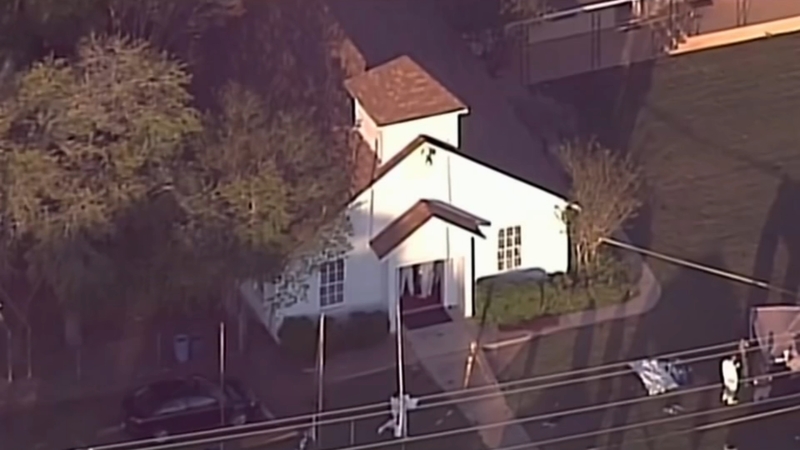 SUTHERLAND SPRINGS, Texas -- The U.S. Air Force must pay more than $230 million in damages to survivors and victims' families of a 2017 Texas church massacre for failing to flag a conviction that might have kept the gunman from legally buying the weapon used in the shooting, a federal judge ruled in San Antonio on Monday.

More than two dozen people were killed, including eight children, when Devin Patrick Kelley opened fire during a Sunday service at First Baptist Church of Sutherland Springs. Kelley, who died of an apparent self-inflicted gunshot wound after being shot and chased by two men who heard the gunfire at the church, had served in the Air Force before the attack.

U.S. District Judge Xavier Rodriguez had ruled in July that the Air Force was "60% liable" for the attack because it failed to submit Kelley's assault conviction during his time in the Air Force to a national database.

An Air Force record of the Kelley court-martial says he pleaded guilty to multiple specifications of assault, including striking his wife, choking her with his hands and kicking her. He also was convicted of striking his stepson on the head and body "with a force likely to produce death or grievous bodily harm."

In 2012, several months before his conviction in the domestic violence case, Kelley briefly escaped from a mental health center in New Mexico and got in trouble for bringing guns onto a military base and threatening his superiors there, police reports indicate.

Deputies were called to Kelley's home in New Braunfels in June 2013 about the rape case and investigated for three months, Comal County Sheriff Mark Reynolds said. But it appeared that they stopped investigating after they believed Kelley left Texas and moved to Colorado. Reynolds said the case was then listed as inactive.

Under Pentagon rules, information about convictions of military personnel in crimes like assault is supposed to be submitted to the FBI's Criminal Justice Investigation Services Division for inclusion in the National Criminal Information Center database.

For unspecified reasons, the Air Force did not provide the information about Kelley as required.

Lawyers for survivors and relatives of those killed had asked for $418 million, while the Justice Department proposed $31.8 million. Jamal Alsaffar, the Austin lawyer who led the plaintiffs' legal team, was pleased with the judge's award.

"These families are the heroes here. While no amount can bring back the many lives lost or destroyed at the hands of the government's negligence, their bravery in obtaining this verdict will make this country safer by helping ensure that this type of governmental failure does not happen in our country again," he said.

Messages left Monday by The Associated Press with the Justice Department and Air Force were not immediately returned.