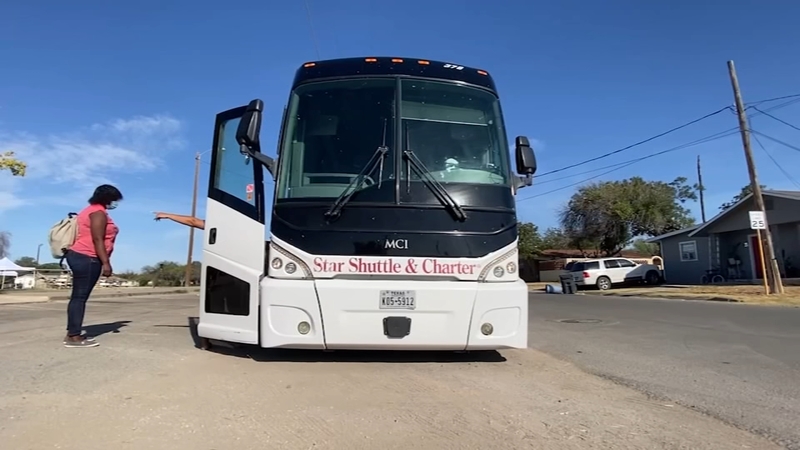 This week, Gov. Greg Abbott directed the Texas Department of Emergency Management to charter buses to take migrants who have been released from federal custody to Washington, D.C.

The plans come as the Title 42 public health order is set to end in late May.

"(There's an) incredibly large number of migrants that the Biden administration is just leaving there in McAllen. Texas is now offering the process of being able to deploy or move all those migrants by bus to Washington D.C.," Abbott said during a press conference on Wednesday.

More from the White House on the matter ⬇️ https://t.co/rhiwfuXGLS pic.twitter.com/1nDSYSdJ01

Leaders in D.C. spoke out against Abbott's plans on Thursday afternoon.

"(We're) not aware of what authority the governor would be doing that under. I think it's pretty clear this is a publicity stunt. His own office admits that a migrant would need to voluntarily be transported and can't compel them to," said Psaki.

When ABC13 tried to get some questions answered by Gov. Abbott, his office, instead, referred us to the Texas Department of Emergency Management.

SEE ALSO: What is Title 42? How will it impact the Texas-Mexico border?

They told us the volunteer process will be similar to mass hurricane evacuations. They said local leaders will need to reach out to the state and request the buses if there's a need in their community. At which point, migrants out of federal custody will be asked if they want a ride to the nation's capital.

Representatives with the Texas Department of Emergency Management confirmed the funding for this initiative will be used from the $2 billion border security funding appropriated by the Texas Legislature.

Today TDEM confirms buses have already arrived and are being prepared with meals, water, security, and drivers. We're told after vehicle inspections... the buses will be disbursed to communities across our state upon request from local officials. @abc13houston (6/6)

As for those buses, we're told they're already being prepped and inspected before being dispersed into communities across our state.