What is Title 42? How will it impact the Texas-Mexico border? 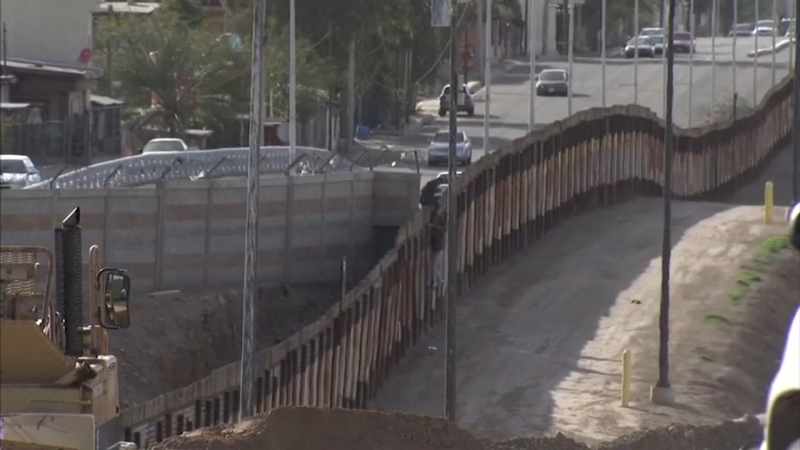 What is Title 42? How will it impact the Texas-Mexico border?

HOUSTON, Texas (KTRK) -- Title 42 restrictions, which allow government authority to expel migrants under a public health emergency, could be dissolved by the end of May.

The Department of Homeland Security is expected to take steps toward lifting the Trump-era restrictions, which were originally issued by the Centers for Disease Control and Prevention (CDC) at the beginning of the COVID-19 pandemic, later this week.

Renata Castro, founder of Castro Legal Group, said when Title 42 restrictions are lifted, there will still be a case-by-case process that those seeking asylum have to go through. Castro said it is likely that due to the change in policy, fewer individuals will make it into the United States.

SEE ALSO: US bracing for influx of migrants at southern border: DHS

"Individuals will still have to be properly vetted," Castro said. "And go through scrutiny to determine whether or not they have a credible fear for their lives in their home countries and if once they enter into the United States, they won't be a flight or criminal risk. So, on the immigration side, it's business as usual."

Mark Jones, a political science professor at Rice University said the lack of comprehensive immigration reform has resulted in an overwhelmed immigration legal system. Currently, it could take at least two to three years for an asylum case to make it through the legal process, according to Jones.

"Now with the Ukrainian crisis, they run the risk of being accused of having a double standard if they do not enforce it for Ukrainians but continue to enforce it for Salvadorians, Hondurans and Haitians," Jones said. "and for political reasons, the Biden Administration doesn't want to be seen using healthcare and health service reasons for keeping Ukrainian asylum seekers out of the United States."

SEE ALSO: Asylum limits at Mexico border expected to end May 23, sources say; US braces for influx of migrants

Cesar Espinosa, the executive director of FIEL Houston agrees. He said, ultimately, this policy change is just a temporary fix to an immigration policy that needs lasting reform.

"We welcome this change," Espinosa said. "Although we know it is not going to be the fix-all to whatever immigration problems there already are, including the (court) backlogs, as well as, it obviously doesn't fix the situations in countries in which folks are migrating from."

Democratic leaders and immigration advocates opposed the policy citing concerns that those who are seeking asylum, which is a legal process, were being sent back to their home countries in peril. Republican leaders claim lifting Title 42 restrictions will cause an influx of migrants waiting to cross U.S. borders.

"The Biden administration's humanitarian decision to lift Title 42 and no longer enforce it is positive for asylum seekers," Jones said, "but it may be negative for Texas Democrats as the (Gov. Greg) Abbott campaign will use this against all Texas Democrats from Beto O'Rourke to County Commissioner Adrian Garcia."

Ending Title 42 would be disastrous.

It's obvious Biden doesn’t have a clue about how to stop the influx of illegal immigrants & deadly drugs from pouring into the U.S.

As long as Biden keeps failing, Texas will continue working to secure the border.https://t.co/YGw835Olpw

There is a crisis raging at the southern border.

The Biden-Harris Administration does not care, nor do Democrats in Congress care.
#BidenBorderCrisis. pic.twitter.com/vkOgHvjjv3